Ghanian Reggae-dancehall artiste, Shatta Wale is one of the richest musicians in the Ghana Music industry, with an estimated net worth of $10 Million. He is one of the most influential musicians in the Ghana Music industry, despite his series of unending controversies. Here is a detailed analysis of how Shatta Wale earned his $10 Million net worth.

Shatta Wale was born on 17 October 1984, in Accra to Charles Mensah Snr and Elsie Evelyn Avemegah. His father is a politician, businessman and legal practitioner. He began his education at the Seven Great Princes Academy at Dansoman, then continued to the Winneba Secondary School.

Shatta wale began to develop an interest in arts as a child, he acted in a popular drama series, By the Fireside, at the National Theatre of Ghana. He began his music career with borrowed name and identity-Doggy- a name he took in reverence of his favourite DanceHall artiste at the time- Yoggy Doggy.  He then changed to Bandana – a name that shot him to fame after a single hit track.

CHECK THIS  Samuel Eto’o Net Worth and Biography

Shatta Wale went off the limelight for years only to resurrect with the name, Shatta Wale and a new identity. He resurfaced with the Green Time Mixtape, a 22-track playlist with no features released in 2014. He released his debut album Answers (Hybrid Album), a 35-track album also with no features, in the same year. The following year, he released 3 mixtapes and 2 unclassified projects: Up a Road, Times & Season, Foundation, Rasta Flex and Magical Year. 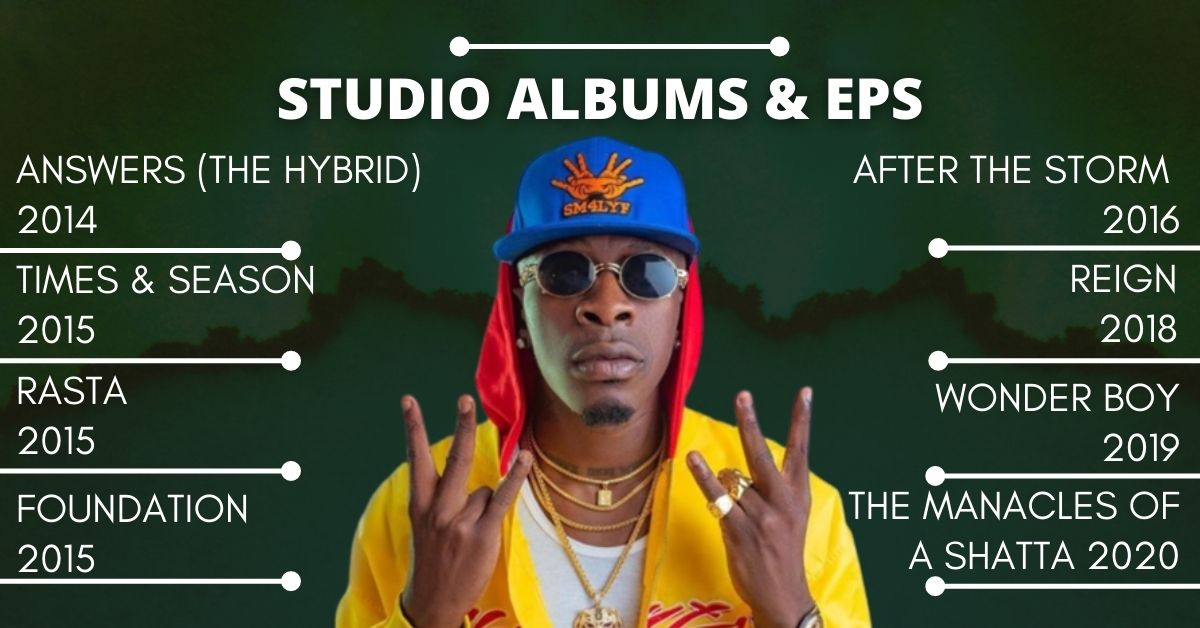 In 2016, Shatta wale released his second Studio album, After The Storm, under Shatta Movement Music Production. Following the release of the album, Shatta Wale performed at indigo, at The O2 in London and held an album tour in the United States.

In 2018, Shatta Wale released Reign, his third studio album under  Zylofon Music and Shatta Movement Empire. The album launch was held at the Fantasy Dome in Accra and saw the attendance of thousands of fans. The album also debuted at number 6 on the Billboard Top World Albums Chart.

In 2019, He released his fourth studio album, Wonder Boy and featured on Beyonce’s Already, a track on The Lion King: The Gift. The feature with Beyonce brought Shatta Wale into the international limelight and won him several awards in his country.  He released The Manacles of a Shatta in 2020 and Cross Roads, a collaborative EP with Medikal in 2022.

Aside from his successful music career,  Shatta Wale is also an actor who appeared in the films Never Say Never, The trial of Shatta Wale and Shattered Lives.

Due to his consistent contribution to Ghana’s Entertainment Industry, Shatta Wale is a recipient of numerous awards including the Ghana Music Award, Nigerian Entertainment Awards and the International Reggae and World Music Awards. In 2017, the Mayor of Worcester, Joseph Petty, presented Shatta Wale with the Key to the City. He also won an honoree award for his contribution to reggae in Ghana at the 37th Annual Chicago Music Awards (CMA).

CHECK THIS  Kimi Raikkonen Net Worth and Biography 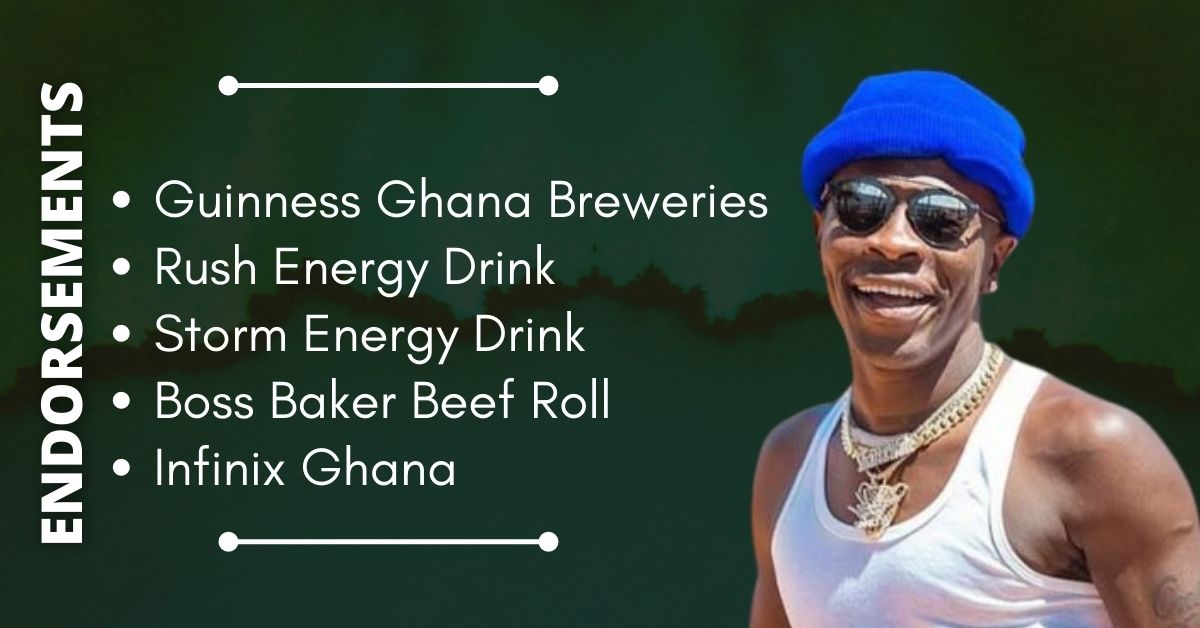 As earlier stated, Shatta Wale is one of the richest musicians in Ghana, with an estimated net worth of $10 Million. Aside from making money from his music, Shatta Wale also increases his net worth from non-music ventures and endorsement deals.