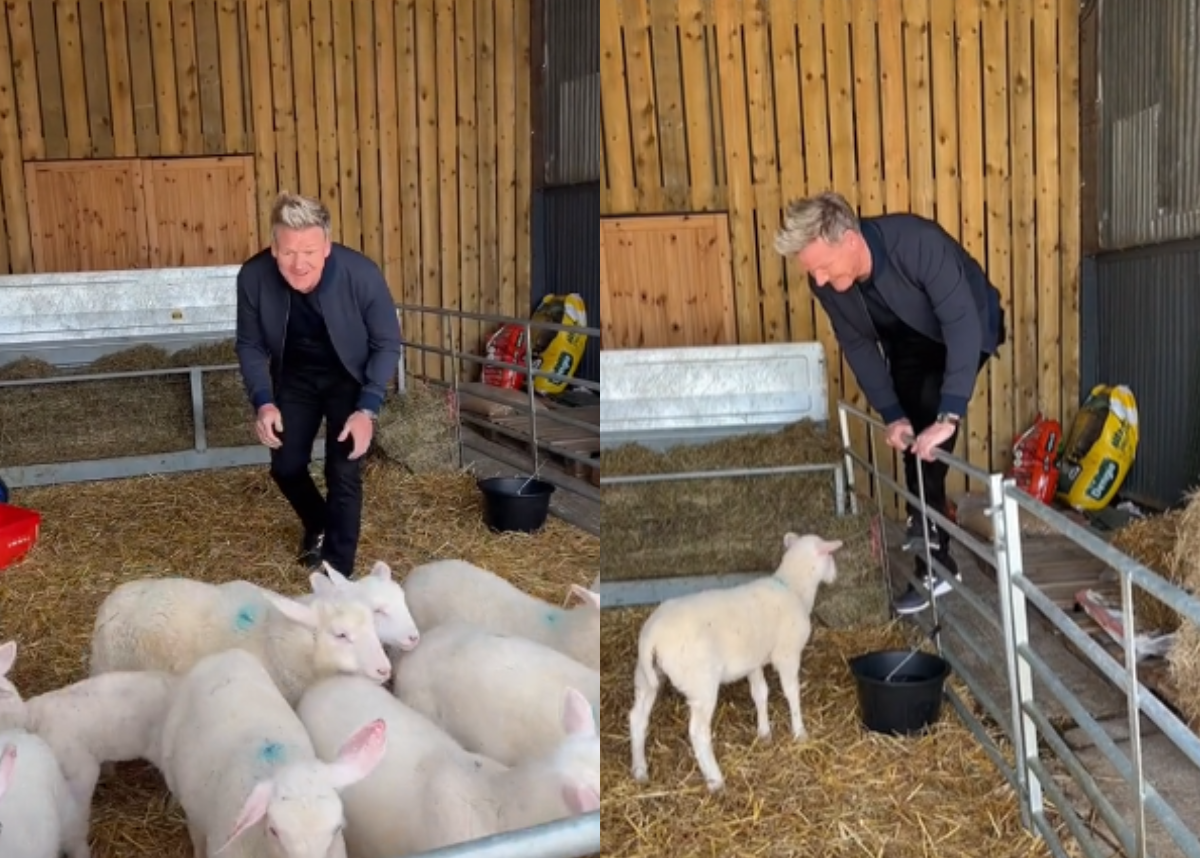 World-renowned celebrity chef Gordon Ramsay has once again been criticised online. This time the straight-talking chef caught smoke from TikTokers who called him out on the app after he shared a video of himself choosing a lamb to slaughter. In a clip shared on his personal page, the controversial chef can be seen visiting a lamb pen while singing about eating one of them.

The clip resulted in instant outrage as many social media users slammed hun as “cruel” and insensitive”.

Gordon Ramsay sure knows how to get backlash online.

The 55-year-old celebrity chef is well known for his straightforward personality and often rude remarks on the reality TV show Hell’s Kitchen which has definitely gained him a solid amount of critics.

The number of people who loathe him continues to grow especially after his latest video which shows him inside a pen choosing which lamb he would be slaughtering.

“Yummy yum yum. I’m going to eat you!” he sings while standing outside the pen.

He then asked the curious animals, “Which one’s going in the oven first?”

CHECK THIS  Kaizer Chiefs star trialist - Everything you need to know about him!

“You!” he exclaims while pointing at one of the little lambs before jumping into the enclosure, causing them to scurry away.

Ramsay ended the video off by saying, “Oven time!”

“The Lamb sauce was still not found in the making of this video …” he captioned the clip which has already garnered over 800,000 likes.

The Lamb sauce was still not found in the making of this video…..

The post was hard to swallow for many of the app’s users who wasted no time chastising the celeb chef.

“Ok I am not a vegan or vegetarian but that crosses the line,” a second person commented according to a PageSix article.