Bill Cosby is an American stand-up comedian, actor, and author. And he is one of the richest comedians in the world. In this article, RNN details Bill Cosby net worth, biography, career, and achievements. Bill Cosby was born on the 12th of July, 1937 in Philadelphia, Pennsylvania. His parents are Anna Pearl and William Henry Cosby Sr. He attended FitzSimons Junior High School where he acted in plays and engaged in sports. Also, he attended the Mary Channing Wister Public School in Philadelphia, there, he was the class president and the captain of the baseball and track and field teams. He was also well-known in the school as the class clown because he was all about jokes and he preferred more than studying.

Later on, Bill Cosby attended Philadelphia’s Central High School, a magnet school and academic rigour. There, he ran track and engaged in other sports activities such as football, baseball, and basketball. He later transferred to Germantown High School but unfortunately failed 10th grade.

Moving forward, Bill Cosby decided to leave school at the age of 15 in 1956. He then enlisted in the Navy and served as a hospital corpsman. Serving at the Marine Corps Base Quantico in Virginia, Naval Station Argentina in Newfoundland, Canada, and, the National Naval Medical Center in Maryland. He also worked in physical therapy with Navy and Marine Corps personnel who were injured during the Korean war. In 1960, he was promoted and became a petty officer 3rd class.

After acquiring his diploma, he went on to earn a doctorate in Education at the University of Massachusetts Amherst. Later on, he got a job as a bar-tender at clubs and earned a lot from being tipped by customers he made laugh. He finally took up the courage to leave school, and pursue a career in comedy, focusing his efforts on the stage. In 1961, Bill Cosby made the debut of his standup comedy act in the clubs of Philadelphia and then in NYC at The Gaslight Cafe 1961. He took his standup comedy tour to Chicago, Las Vegas, San Francisco, and Washington DC. It was this tour that led to his national exposure on NBC’s The Tonight Show and a series of successful comedy albums in the 1960s. Fortunately, he got to sign a recording contract with Warner Bros. Records.

In 1964, his debut LP, Bill Cosby is a Funny Fellow…Right! was released. Most of his comedies were based on the recount of his childhood humorous stories, and this led to him making a name for himself. 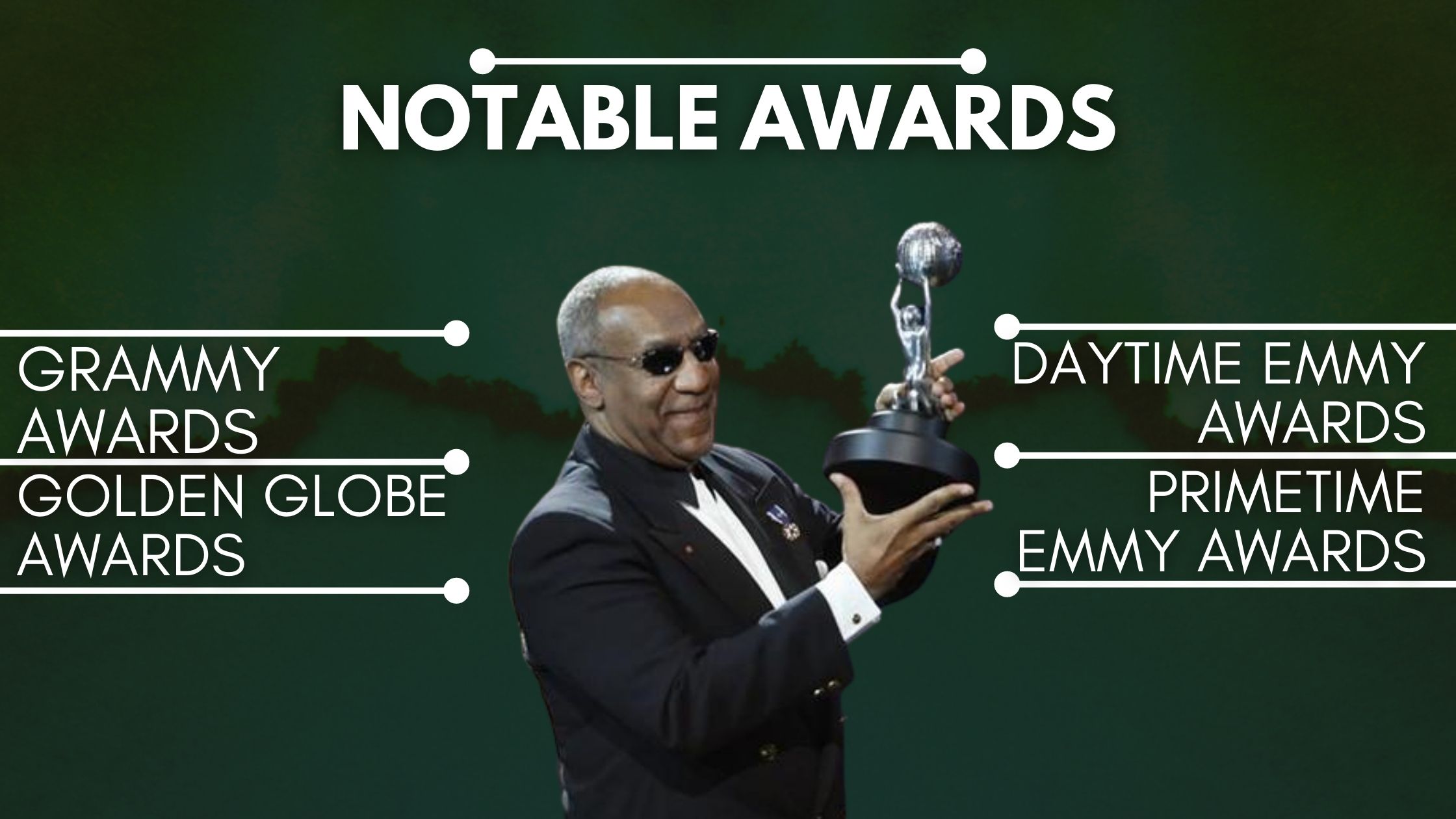 Bill Cosby performed his first TV standup comedy special in 30 years, Bill Cosby: Far from Finished, on Comedy Central on November 23, 2013. His last show of the standup special was performed at the Cobb Energy Performing Arts Centre in Atlanta, Georgia on May 2, 2015. Before then, in May 2014, Bill Cosby was to release his new standup special Bill Cosby 77 on Netflix. But unfortunately, the release was cancelled due to the allegations of sexual assaults levied against him.

However, he was not convicted yet as investigations were still ongoing. But in 2018, following his last known standup performance at the LaRose Jazz Club in Philadelphia, he was convicted and arrested.

Having featured in other television projects, the following is a list of the projects he took part in:

Jerry Seinfeld and other well-known Comedians have credited Bill Cosby as an innovator both as a practitioner of standup comedy, and the one who paved way for sitcom television.

Since the 2000s, several women came out to accuse Bill Cosby of sexual assault, rape, child sexual abuse, and sexual battery. But, he kept debunking the allegations successfully, stating that the incidents were consensual. In 2014, Ms Constand accused him of sexual assault. It was at first debunked and closed. But the case was reopened again in 2018 when he was found guilty, convicted, and arrested. He was later released in 2021 after serving his jail term. And ever since, several women (roughly 60 in number) keep coming out to accuse him of sexual assault but they are unable to successfully file a case that sends him back to prison. However, some succeeded in getting a compensatory price for damages from the rich comedian.

Bill Cosby’s net worth is $400 Million. He has over the years gathered his wealth from his comedy career, endorsements, movie appearances, and other TV series. He also earns from his real estate business, and his age-long acquired art collections.

CHECK THIS  Where And How To Buy Cyspera In South Africa

Following is a list of some of Bill Cosby’s reversed awards: 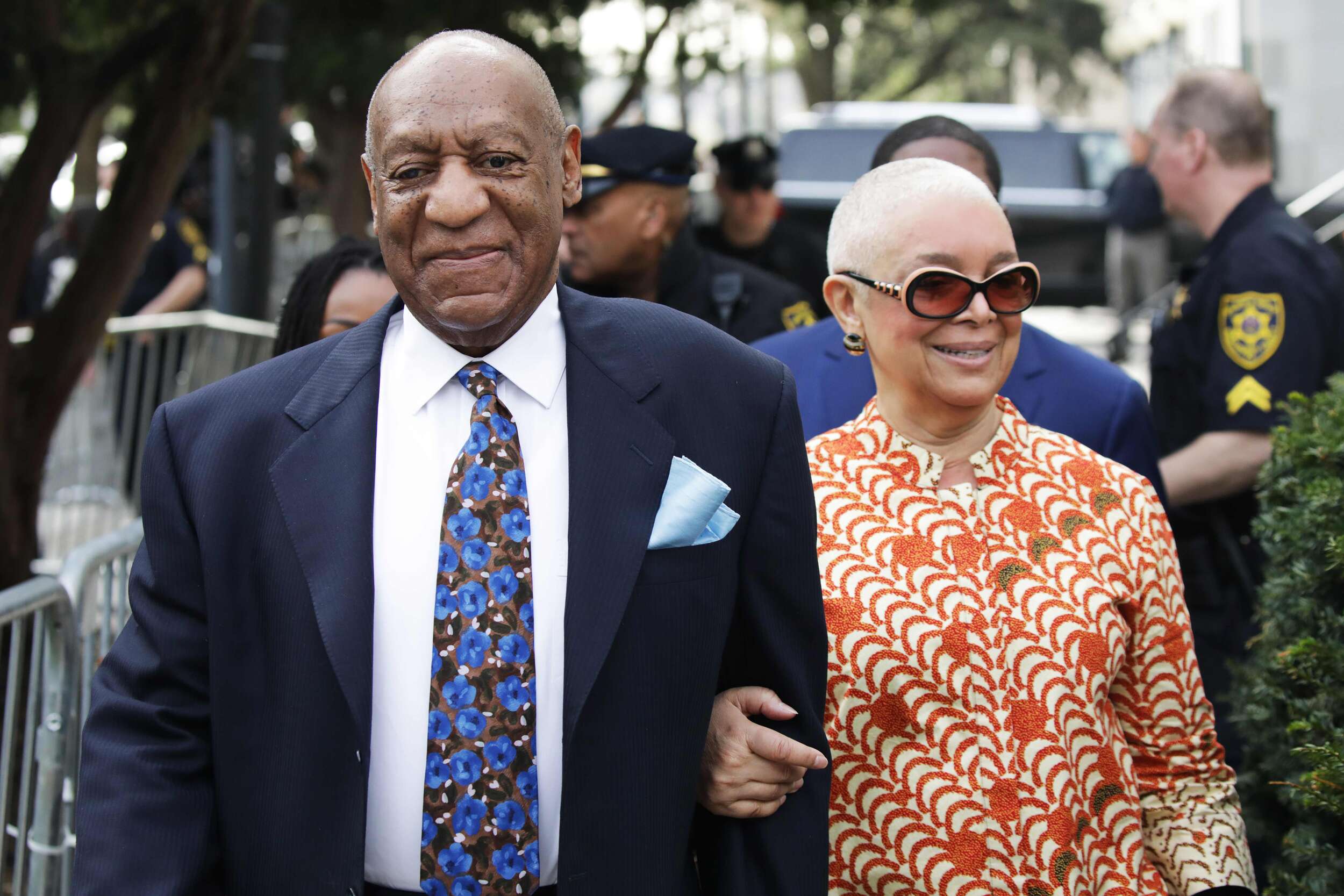 Bill Cosby got married to Camille Hanks on the 25th of January, 1964. Their Union birth 5 children but unfortunately, their only son, Ennis was murdered on 16 January 1997 in Los Angeles. Again on the 23rd of February 2018, their daughter Ensa also died of renal disease while awaiting a kidney transplant. However, the Cosbys now have three grandchildren.

Has earlier mentioned, Bill Cosby and his wife have collected more than three hundred works of African-American art since 1967. The works went on display in “Conversations”, an exhibit at the National Museum of African Art in 2014. It became controversial as a result of the sexual assault allegations levied against him at the time.

In 2016, Bill Cosby’s attorneys reported that he is now legally blind. It was later reported that his blindness was caused by a medical condition, Keratoconus. It is a degenerative eye condition that causes the eye’s cornea to bulge.