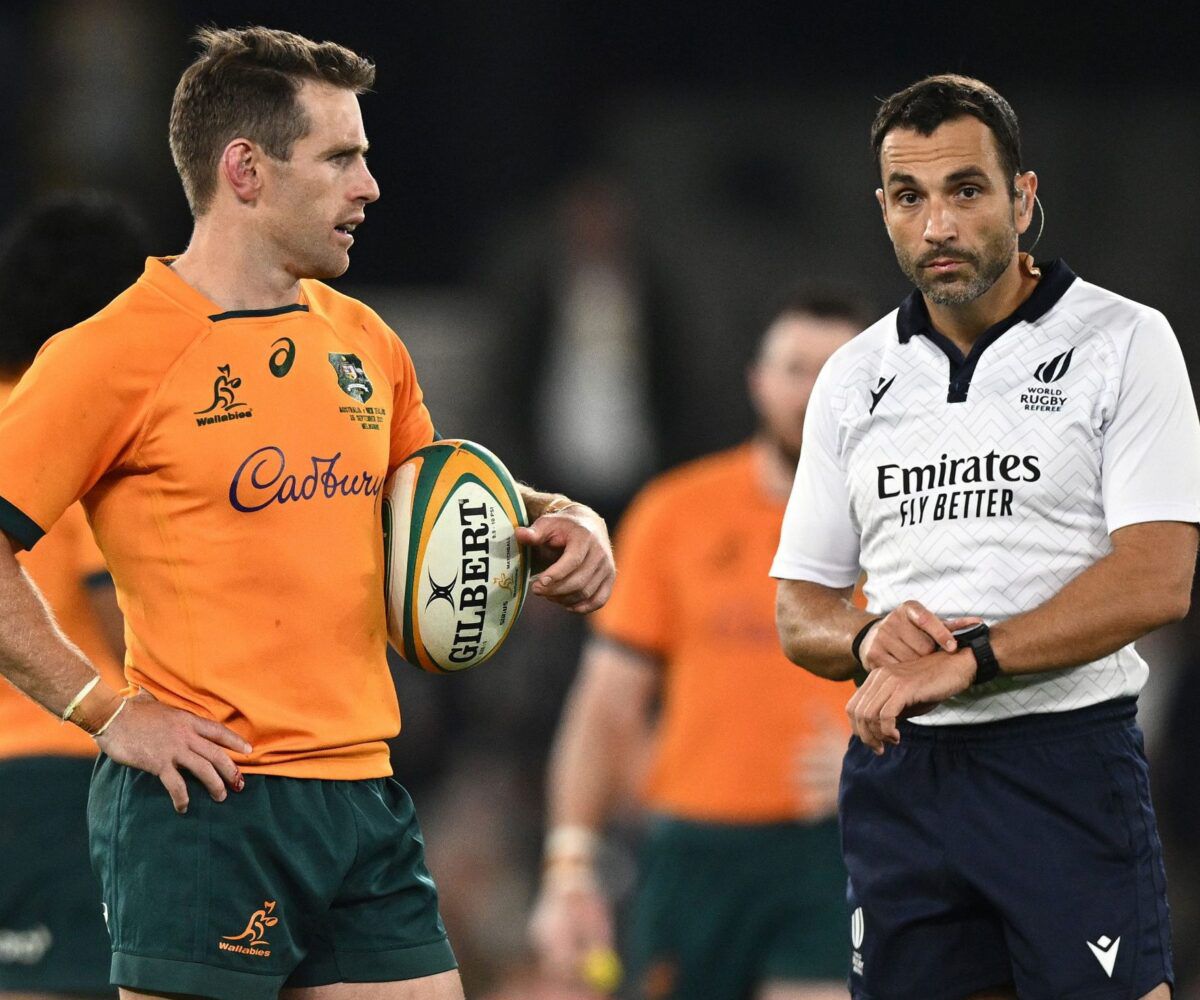 Rugby Australia has written to the sport’s governing body about “overbearing officials”, after the Wallabies were denied victory against New Zealand by a controversial refereeing decision.

French referee Mathieu Raynal sparked uproar in Australia after reversing a penalty awarded to the hosts in the dying seconds of their Rugby Championship clash against the All Blacks in Melbourne last week.

He penalised Bernard Foley for time-wasting as the flyhalf was about to kick the ball into touch in the 80th minute with the Wallabies leading 37-34.

The All Blacks were instead awarded a scrum five metres out and Jordie Barrett crossed in the corner for a 39-37 win to deny Australia the Bledisloe Cup and all but end their Rugby Championship hopes.

Veteran Foley insisted he did not deliberately waste time, saying it was so loud he couldn’t hear what Raynal was saying. Australia coach Dave Rennie said he had “never seen a call like that, at any level”.

CHECK THIS  Even this ANC minister thinks the rule of law 'is crumbling' in SA...

Rugby Australia said their letter to World Rugby was not specifically about the Raynal decision, but more generally “the state of the game today and the overbearing nature of rules and officials”.

“It’s not unusual, we’ve been lobbying World Rugby for some time on this,” a spokesperson added.

They are not alone in their frustrations. England coach Eddie Jones railed against what he perceived to be over-the-top officiating during their tour of Australia this year.

Jones said he was fed up with laws that have seen games become stop-start affairs, which he fears will ruin next year’s World Cup in France.

World Rugby has lowered the threshold for yellow and red cards, taking a cautious approach to improve player safety under a framework designed to protect the head, but it has slowed down the action.

While Rennie and Australian fans were fuming with Raynal’s decision, All Blacks coach Ian Foster insisted it was “very clear cut” and he found an ally in Nigel Owens, the game’s most capped international rugby referee.

“As so many of you have been in touch to ask – clear communication and warning to the player to get on with it,” the retired Owens tweeted.

“A fair and strong refereeing call by Raynal I feel. Learning here is not for the referee, but the players to get on with it when ref asks.”