Ray J (born William Raymond Norwood, Jr.) is a singer and actor from the United States. He was really influenced by by both the Los Angeles hip-hop scene and the gospel music at their church, where his father was the director of the choir.

Norwood received his first set of assignments as a child actor in several ad campaigns when he was eight years old. In 1993, he was cast as L.J. Beckley on ‘The Sinbad Show.’ Despite the fact that the show only lasted one season, it provided Norwood with numerous possibilities, and he soon featured in the TV movie ‘The Enemy Within’ alongside Forest Whitaker.

Who Is Ray J

His sister Brandy is a multi-platinum recording artist. The family relocated to Los Angeles, California sometime in 1983. Ray J and Brandy were taught to sing by their father when they were children.

His sister is two years his senior, so he grew up hearing her and their father sing together, which piqued his interest in music. He started performing at the church and even led a few of services.

In 1993, Ray J made his acting debut as the foster son in ‘The Sinbad Show.’ He was cast in Tim Burton’s humorous science fiction blockbuster ‘Mars Attacks!’ which was released in 1996 after the show was cancelled in 1994.

In the film, he played Cedric Williams, one of the two sons of Jim Brown and Pam Grier’s characters. He co-starred in the film ‘Steel’ alongside his friend and former basketball player Shaquille O’Neal the following year.

He began appearing as a special guest star on his sister’s show, ‘Moesha,’ in 1996. In 1999, he was promoted to series regular after three seasons. Dorian Long, his character, was favorably accepted by the show’s audience.

He was signed to ‘Elektra Records’ in 1995 and began working on his debut album. 15 songs were written and produced over the next two years before the album ‘Everything You Want’ was published on March 25, 1997. In 1998, he recorded the single “That’s Why I Lie” for the soundtrack of “Dr. Dolittle.”

READ ALSO: Forbes Top 10 Richest People In The World In 2022

In 2001, Ray J and Brandy covered English singer-songwriter Phil Collins’ song “Another Day in Paradise,” which was released as the lead single from the R&B/Hip-Hop tribute album “Urban Renewal.” ‘This ain’t a Game,’ his second studio album, was released on June 19, 2001 by ‘Atlantic Records.’

The album debuted in the top ten on the Billboard chart for ‘US R&B/Hip-Hop Albums.’ In the 2004 TV movie “Christmas at Water’s Edge,” he played Alberto Turner.

He released his third studio album, ‘Raydiation,’ in 2005 on his own label, ‘Knockout Entertainment.’ Timbaland, R. Kelly, Ric Rude, and Rodney “Darkchild” Jerkins all contributed to the album’s production.

Ray J was arrested in September 2011 for hitting rapper Fabolous in the face at the Palms Casino in Las Vegas over a tweet he (Fabolous) had written a few days before.

Ray J was insulted in the tweet for playing his own song, “One Wish,” on a piano at Floyd Mayweather Jr.’s residence during filming for a documentary on Mayweather’s fight with Victor Ortiz.  Ray J accepted responsibility for his behavior in 2014, almost three years after the incident.

Ray J was accused of improperly grabbing a  woman’s rear in a bar at the ‘Beverly Wilshire Hotel’ in Beverly Hills, California, on May 30, 2014. The police were notified, and the incident was determined to be inadvertent.

READ ALSO: Fact Check: Does Kim have a second s*x tape as claimed by Kanye

Ray J allegedly became hostile after the hotel ordered him to leave, spitting at an officer and kicking a police car glass when they attempted to detain him. Following his arrest, bail was set at $20,000, which he paid and was then freed.

He was charged with four criminal offenses, including sexual battery, on July 22, 2014. During an appearance before the court on August 19, he pled not guilty to the misdemeanor counts.

He made headlines in 2007 when a sex tape he had made with his then-girlfriend Kim Kardashian went public. The couple dated from 2003 to 2006. She sued Vivid Entertainment, the company that released the tape under the name Kim K Superstar, but settled for $5 million.

While speaking for the first time in an interview with Daily Mail, Ray J insisted that he had nothing to do with the release of the tape as promoted by the Kardashians.

READ ALSO: A Brief Summary Of What Happened Between Ray J and Kim Kardashian

1. He is Snoop Dogg’s first cousin.

3. He and Mayweather share a brotherly bond as they have grown up together.

Who Is Ray J’s Wife? 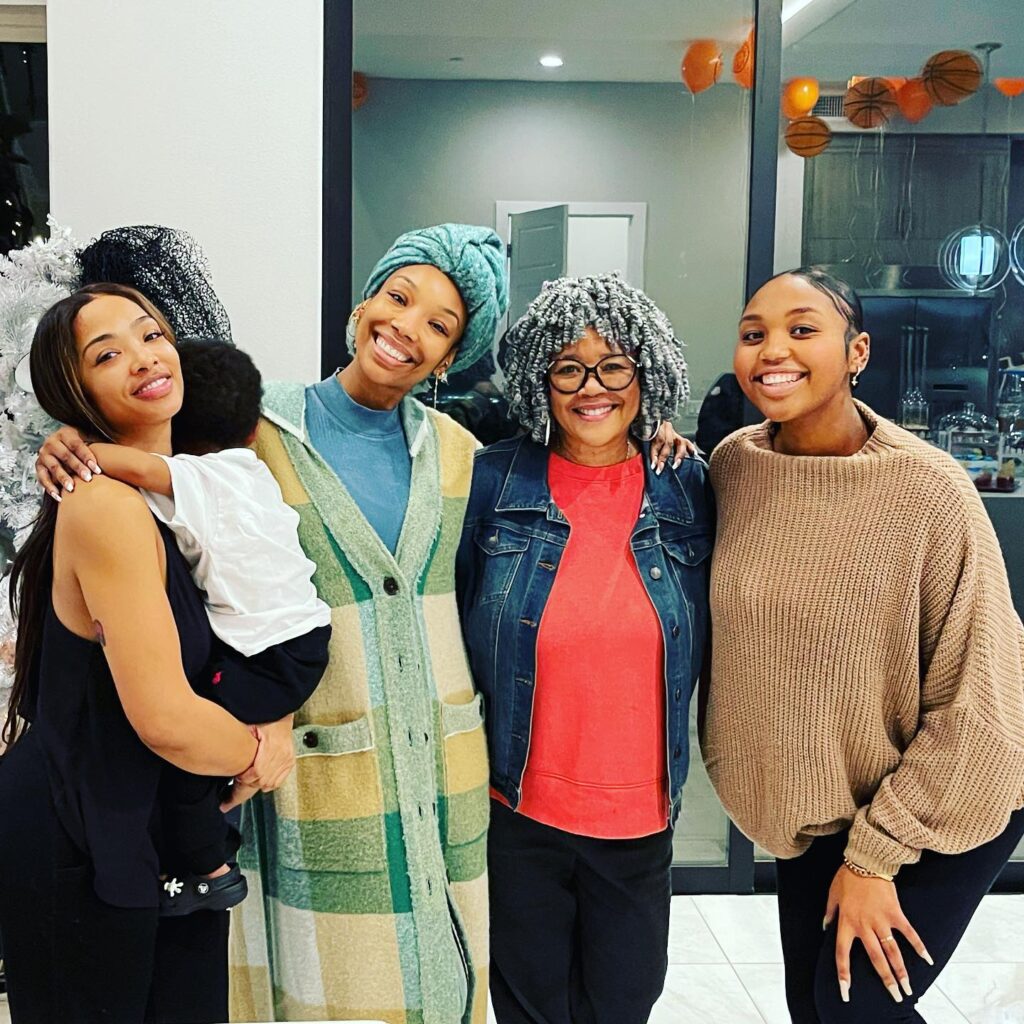 Lena, her mother, is Filipina, and Hugh, her father, is African-American. She first gained notoriety after courting and reportedly robbing boxer Floyd Mayweather Jr while working as a dancer at Las Vegas’ Spearmint Rhino.

However, Ray J and Princess are best known for their tumultuous relationship, having filed for divorce three times.

What is Ray J’s net worth?

Ray J has amassed a sizable net worth in the years since he rose to prominence as a musician and for his romance with Kim Kardashian. Since his music debut in the 1990s, he has enjoyed a steady income, and in 2014, he entered the reality TV sector.

According to Celebrity Net Worth, Ray J, whose real name is William Ray Norwood Jr, has a net worth of $14 million.

The table below contains the net worth of Ray J in the past five years.