U.S. says ‘one China’ policy should not be used as bargaining chip

The White House on Monday insisted that Washington’s “one China” policy should not be used as a “bargaining chip” with Beijing after President-elect Donald Trump said the United States did not necessarily have to be bound by its long-standing position that Taiwan is part of China. 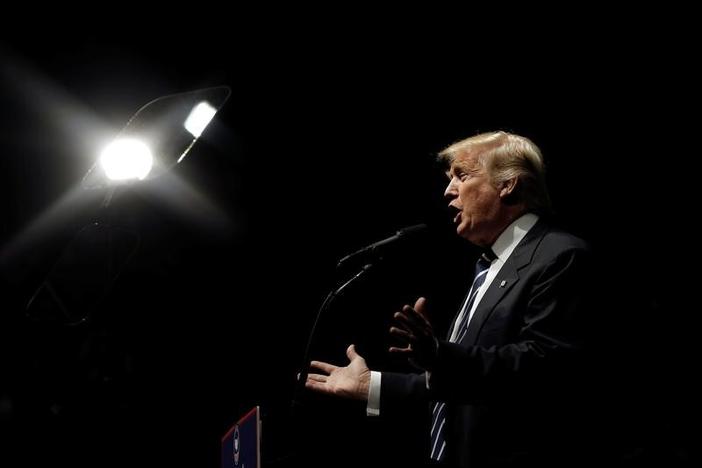 Signaling further resistance Trump will face in Washington if he tries to overturn a principle that has underpinned more than four decades of U.S.-China relations, Republican U.S. Senator John McCain said he personally backed the “China policy” and no one should “leap to conclusions” that the president-elect would abandon it.

“I do not respond to every comment by the president-elect because it may be reversed the next day,” McCain told Reuters when asked about Trump’s statement in an interview broadcast over the weekend.

Trump set off a diplomatic firestorm when he told Fox News: “I don’t know why we have to be bound by a ‘one China’ policy unless we make a deal with China having to do with other things, including trade.” This followed an earlier protest from China over the Republican president-elect’s decision to accept a telephone call from Taiwan President Tsai Ing-wen on Dec. 2.

The issue is highly sensitive for China, which considers Taiwan a renegade province, and Beijing expressed “serious concern” about Trump’s latest remarks.

It called the “one China” policy the basis for relations, and Foreign Minister Wang Yi warned against moves to damage China’s “core interests,” saying that “in the end, they are lifting a rock only to drop it on their feet.”

Some U.S. analysts warn that Trump could provoke a military confrontation if he presses the Taiwan issue too far. Scott Kennedy, director of the Project on Chinese Business & Political Economy at the Center for Strategic and International Studies think tank in Washington called Taiwan “the third rail of U.S.-China relations.

White House spokesman Josh Earnest said the United States is committed to the “one China” principle and will not use the Taiwan issue to gain leverage in any dealings with Beijing.

“The United States does not view Taiwan and our relationship with Taiwan as a bargaining chip,” he told a daily briefing, calling Taiwan a “close partner.” “And bargaining that away is not something that this administration believes is our best interest.

“Disrupting this policy,” he said, “could have a disruptive effect on our ability to work with China in those areas where our interests do align. That reflects the high priority that China puts on the policy and on Taiwan.”

While saying the “one China” policy should remain intact, McCain, chairman of the Senate Armed Services Committee and an outspoken critic of Democratic President Barack Obama’s foreign policy, said that “somebody should hold China responsible” for its behavior with regard to Taiwan, Hong Kong, island building in the South China Sea and “propping up” North Korea.

China’s official Xinhua news agency said in a commentary on Tuesday it was clear Trump did not understand the policy.

“The one-China policy is the cornerstone for any country, including the United States, to engage with China diplomatically, and is simply non-negotiable: no exceptions,” Xinhua said.

Trump has tempered his strong criticisms of China and call to Taiwan’s president by announcing plans last week to nominate a long-standing friend of Beijing, Iowa Governor Terry Branstad, as the next U.S. ambassador to China.

However, he is also considering John Bolton, a former Bush administration official who has urged a tougher line on Beijing, for the No. 2 job at the U.S. State Department, according to a source familiar with the matter.

Bolton has said the next U.S. president should take bolder steps to halt China’ military aggressiveness in the South and East China seas and consider  a “diplomatic ladder of escalation” that could lead to restoring full diplomatic recognition of Taiwan.

EU, UN To Spend $40m In 4 Years To End Gender Violence In Nigeria