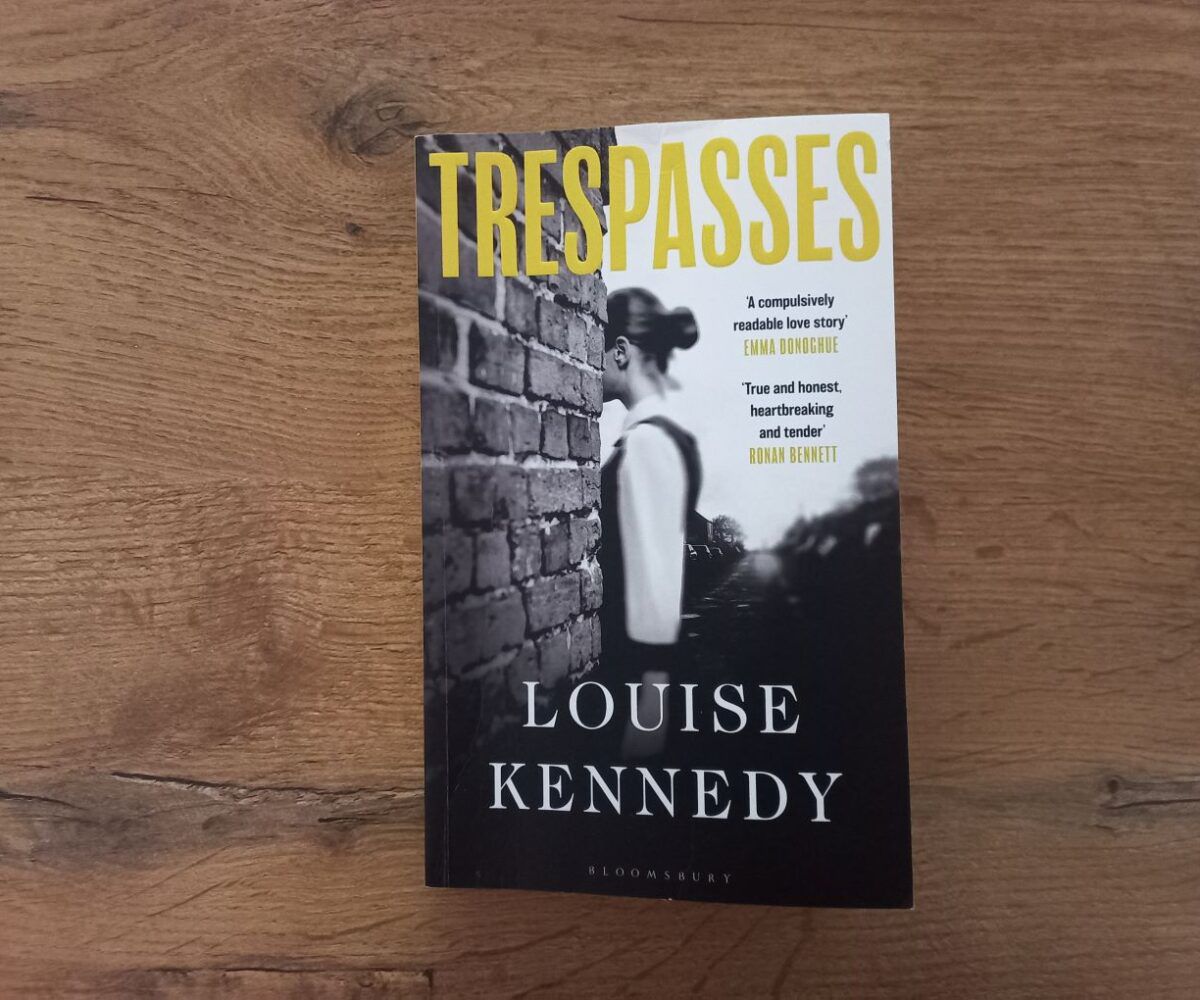 Trespasses is a love story and an account of war weaved into the life of a young woman living through the Troubles in 1975 Northern Ireland. It has received critical acclaim from celebrated authors Emma Donoghue and Marian Keyes, among others.

The writing is matter-of-fact and, apart from the somewhat bothersome lack of quotation marks, enthralling. Debut author Louise Kennedy creates a gloomy atmosphere that amplifies the sparks of passion and utter devastation.

By day, 24-year-old Cushla works as a primary school teacher in one of the “safer” schools in conflict-ridden Belfast. Some evenings, she helps her brother at the family bar. The rest of the time, she takes care of her widowed, alcoholic mother.

Cushla’s life however is turned upside down due to two new relationships.

On her way to school one morning, she offers a lift to a rain-soaked pupil, Davy. He and his siblings are raised Catholic, but live in an area dominated by Protestant families. When Davy’s father falls victim to one of the all too common atrocities of the Northern Ireland conflict, Cushla finds herself drawn closer to the family.

While working at the bar, Cushla meets Michael. He’s a married lawyer, respected by Catholics and Protestants alike. Despite the age difference, his family life and the polarised cases he takes on, Cushla falls in love and they start an affair.

When her two new relationships intersect by chance, the outcome is catastrophic for everyone in Cushla’s life.

The book begins with an older Cushla, the ending of the story is no secret to the reader. It’s how all the various parts of Cushla’s life intertwine and contribute to the devastating finale that makes the novel such a gripping read.

ALSO READ: 25 years of magic: The legacy of ‘Harry Potter and the Philosopher’s Stone’

Is ‘Trespasses’ for you?

If you like political drama that cuts into the heart of people’s lives, Trespasses should definitely be added to your list. It’s an intense account of conflict, with many chapters beginning with an account of the day’s news which inevitably includes fatalities.

Trespasses is also a tale about first and compromised love. Although she resents herself for not demanding more of Michael, Cushla grows to love him and the escape he provides to her.

More about the author Louise Kennedy

While Trespasses is Kennedy’s first novel, she is also the author of the short story collection The End of the World Is a Cul de Sac. Kennedy is the only woman to have been shortlisted twice for the Sunday Times Audible Short Story Award. Kennedy has been hailed as an Observer Best Debut Novelist of 2022.

Before she turned to writing, Kennedy worked as a chef for almost 30 years. Kennedy grew up outside Belfast and now lives in Sligo in the Republic of Ireland.

Trespasses is published by Bloomsbury Publishing. It sells for R343 at Exclusive Books.