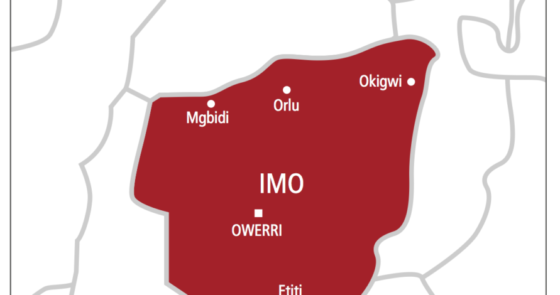 An investigation by Vanguard has revealed that at least three illegal orphanage homes popularly known as baby factory, have been discovered in Imo state.

The investigation in Owerri by Vanguard followed after a series of disturbing discussions around some persons on the business of child trafficking while using the orphanage homes as a cover up in Imo.

To this end, Vanguard spoke with the Grand Patron of the Association of Orphanages and Homes Operators, in Nigeria, ASOHON, Godson Akpunonu, who confirmed that two to three illegal homes have been identified and that the association was compiling its report to forward to the Assistant Inspector General of Police, AIG, in the South East zone for action.

ALSO READ: The imbalance in NDDC as it affects Imo and Ondo states (2)

Akpunonu, assured that the report may likely get to the AIG, in the next three weeks and that from the AIG office it will be forwarded to the various states command of police to follow up.

Speaking to Vanguard he said: “If you check two to three years back and what is happening now you know is different. Right now, security agencies are now more careful knowing too well that there is an organization that is also fighting child trafficking.

“As a result of this association called ASOHON, it has helped the security agencies to know the illegal orphanage homes.

“The issue of illegality, those baby factory are the ones not registered. Just now we have fished out three of them who are practising illegality in Imo state.”

It was his view that “We are about to report to the Assistant Inspector General of Police, in the zone. We are preparing our report against that particular place. We have been in all the whole states inspect in Imo state, we found two or three in Imo.

“We are still on the report. We are meeting with the AIG, and there with all the executives of ASOHON, we will hand over the report to him. Then, the report from the AIG, to the state’s command.

“We have plans also to submit it to all the state government ministries handling this issue. Hopefully, in the next three weeks the report will get to the AIG.”

Another epidemic, coronavirus conspiracy, is spreading