Patrick Ifeanyi Ubah is a Nigerian businessman and entrepreneur. Currently, the Senator, representing Anambra South Senatorial District in the Nigerian senate and CEO of Capital Oil (CCO, for short), But, only a few really know about his background, net worth, and career journey. RNN will be taking a dive into the persona of this great Politician.

Who is Patrick Ifeanyi Ubah? 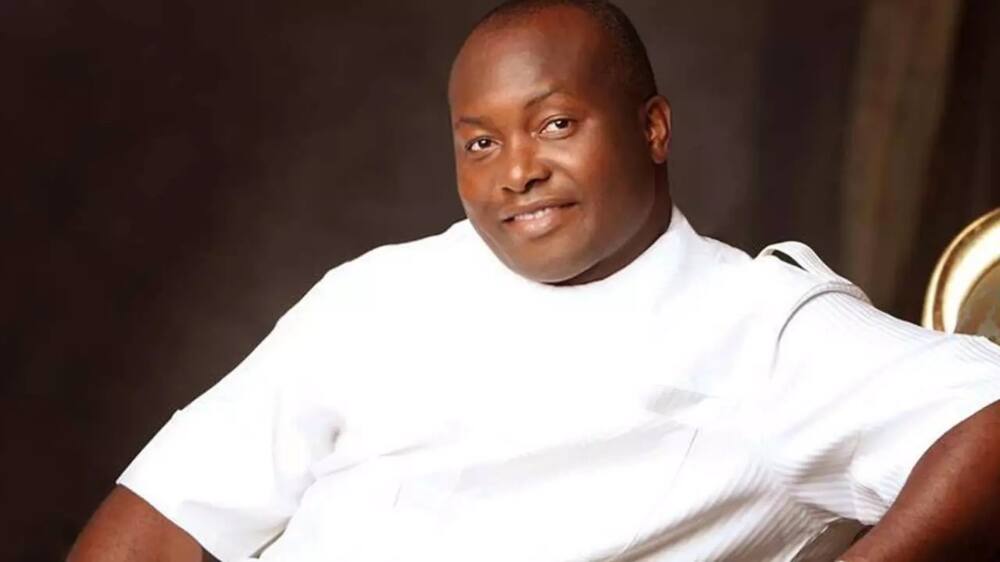 Patrick Ifeanyi Ubah born 3 September 1971, is a Nigerian businessman, entrepreneur, the Senator, representing Anambra South Senatorial District in the Nigerian senate and CEO of Capital Oil which he founded in 2001.

Ifeanyi became an exporter of motor tyres and spare parts majorly in West Africa, including Ghana, Sierra Leone, Liberia, and DR Congo, before expanding his business ventures in some countries in Europe, including Belgium and the United Kingdom.

He is the CEO of capital oil and gas limited.

The table below provides some brief information about Ifeanyi Ubah.

Ifeanyi Ubah was born in Otolo, one of the four quarters of Nnewi in Anambra State, Nigeria, as the first of seven children to Mr. and Mrs. Alphonsus Ubah. Ifeanyi dropped out of Premier Academy, Lugbe, Abuja to study trade at an early age due to his parents’ incapacity to meet their children’s scholastic and material needs. He has attended a number of leadership and business management courses and seminars both locally and internationally.

Ifeanyi began his career as a motor tyre and spare parts exporter in West Africa, namely in Ghana, Sierra Leone, Liberia, and the Democratic Republic of the Congo, before expanding his operations to Belgium and the United Kingdom.

CHECK THIS  PartyNextDoor Biography, Net Worth, Date Of Birth, Career

Capital Oil and Gas Limited were created by him in 2001.

He is the founder of The Authority Newspaper, a Nigerian daily newspaper, as well as the owner of Ifeanyi Ubah F.C., a Nigerian Premier League football team that was renamed Gabros International Football Club after his purchase.