Comedian Kiriku is one of the rising child stars in Nigeria who has already made a name for himself. With almost 1 million Instagram followers and over 100,000 Youtube subscribers, the youngster has won the hearts of many adults and children alike.

The question- “how did Kiriku rise into the limelight so fast?” has bothered the minds of many people as the comedian has achieved so much in the space of a few months, including bagging endorsement deals and also featuring in skits with top comedians. 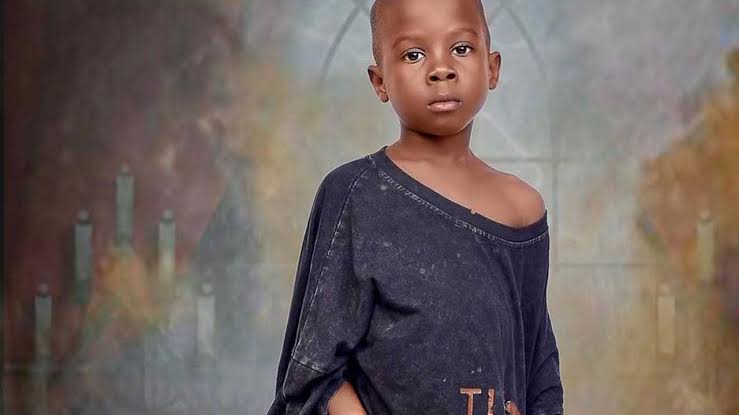 Born Victory Enorense, Kiriku hails from Edo State. He was born on December 17, 2014, this makes him one of the youngest Nigerian celebrities of our time. The 7-year-old comedian is most appreciated for his boldness in his skits.

Kiriku is said to have finished his primary education before venturing fully into skit making. The question of whether or not he will return to school cannot be answered just yet as the comedian’s public profile is restricted to his career alone.

Kiriku has an older brother, Destiny Enorense who is equally a comedian (Umbrella Boy). Although Destiny started comedy way before his younger brother, Kiriku’s emergence into the limelight in 2021 has given his brother more spotlight as the duo are often featured in each other’s skits.

The rest of their family members are yet to be unveiled.

Comedian Kiriku became a popular social media sensation after popular blogger, Tunde Ednut posted his skit on his verified Instagram page. This amassed a lot of Instagram followers and Youtube subscribers for the young star and he has been in the limelight ever since. Kiriku has a story section dedicated to Ednut as a way of appreciating the “Starmaker” as he fondly calls him.

CHECK THIS  Dakota Fanning Net Worth And Biography

He also dedicates special posts from time to time, thanking the blogger for spotlighting him.

However, Kiriku has released numerous skits since he was four years old- that’s when his career in comedy began. He took part in street competitions which helped amplify his abilities and put him on the path to his success. His comedy skits have often portrayed the life of a street kid.

For a boy his age, Kiriku has featured many great names in the entertainment industry and bagged endorsements to the awe of his fans and followers.

He has featured comedians such as Oga Sabinus, Broda Shaggi, Cute Abiola and as of this moment, he is working with popular Nigerian singer, Iyanya on a project yet to be detailed online.