Shania Twain is a legendary Canadian musician, she is one of the richest in the country, with an estimated net worth of $400 Million. She is the best-selling female artist in country music history, with over 100 million records sold. Her success garnered her several titles including the “Queen of Country Pop”.

Shania Twain was born Eilleen Regina Edwards in Windsor, Ontario, on August 28, 1965. According to her autobiography on Wikipedia, Twain had a difficult childhood. Her parents earned little money, and food was often scarce in their household. She started singing at bars at the age of eight to try to help pay her family’s bills.

Although Twain expressed a dislike for singing in those bars, Twain believes that this was her own kind of performing-arts school on the road.  At age 13, She was invited to perform on the CBC’s Tommy Hunter Show. While attending Timmins High and Vocational School.

She was also the singer for a local band called Longshot, which covered Top 40 music. Twain graduated from Timmins High in June 1983 eager to expand her musical horizons. 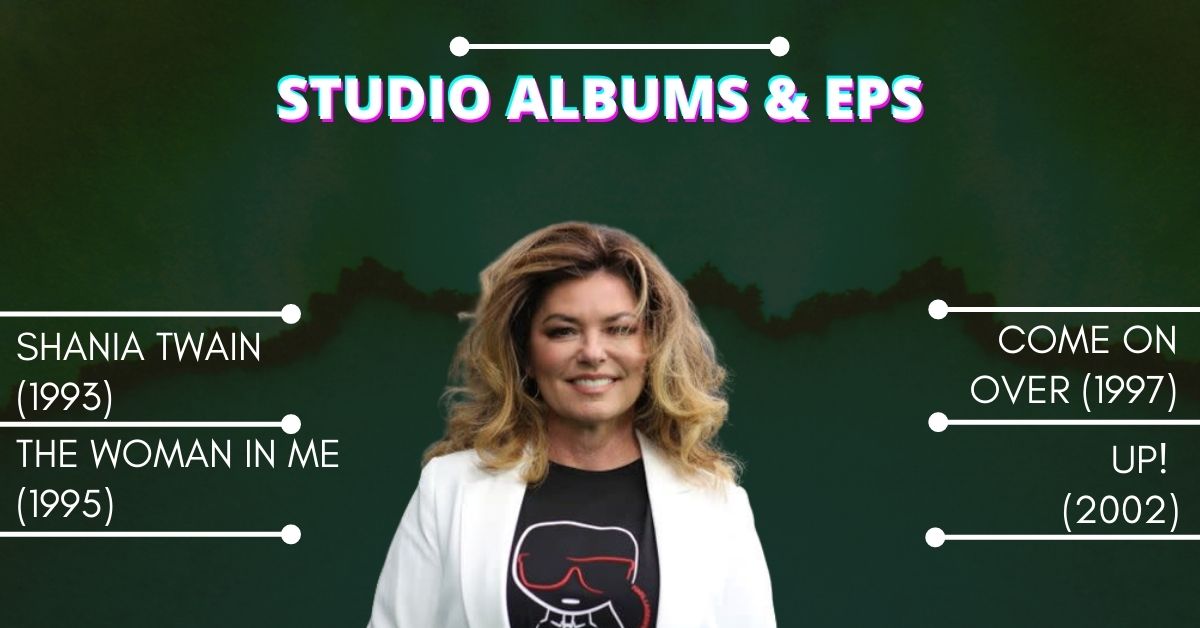 In the early 1990s, Twain assembled a demo tape of her songs and showcased them to record executives. She caught the attention of a few labels, including Mercury Nashville Records, who signed her within a few months.

She released her self-titled debut album on April 20, 1993. the album reached No. 67 on the US Country Albums Chart and gained positive reviews from critics. It was certified platinum in 1999 by the RIAA, denoting sales of over 1 million copies in the United States.

Her second studio album, The Woman in Me was released on February 7, 1995.  “Any Man of Mine” one of the tracks in the album earned her first Country Top 10 and No.1 hit single.  As of 2007, the album had sold more than 12 million copies in the United States, certified Diamond by the RIAA. It also won the Grammy Award for Best Country Album as well as the Academy of Country Music award for Album of the Year.

In 1997, Twain released her follow-up album, Come On Over, establishing herself as a successful crossover singer. The album peaked at No. 2 on the Billboard 200 and stayed on the charts for the next two years. It also sold 40 million copies worldwide, making it the biggest-selling album of all time by a female musician.

“Come On Over” is also the ninth highest-selling album by any type of artist in the US and the top-selling country album in history. Songs from the album won four Grammy Awards including Best Country Song and Best Female Country Performance.

Her third album, Up! was released on November 19, 2002. It was given four out of five stars by Rolling Stone magazine, and debuted at No.1 on the Billboard albums chart, selling 874,000 in the first week alone. It remained at the top of the charts for five weeks.

By January 2008, Up! had sold 5.5 million copies in the US and was certified as 11× platinum (Diamond) by the RIAA. This made Twain the only female artist in history to have three consecutive albums certified Diamond by the RIAA. Her fifth studio album, Now, was released on September 29, 2017, and debuted at No. 1 on the Billboard 200, becoming her second album to do so. 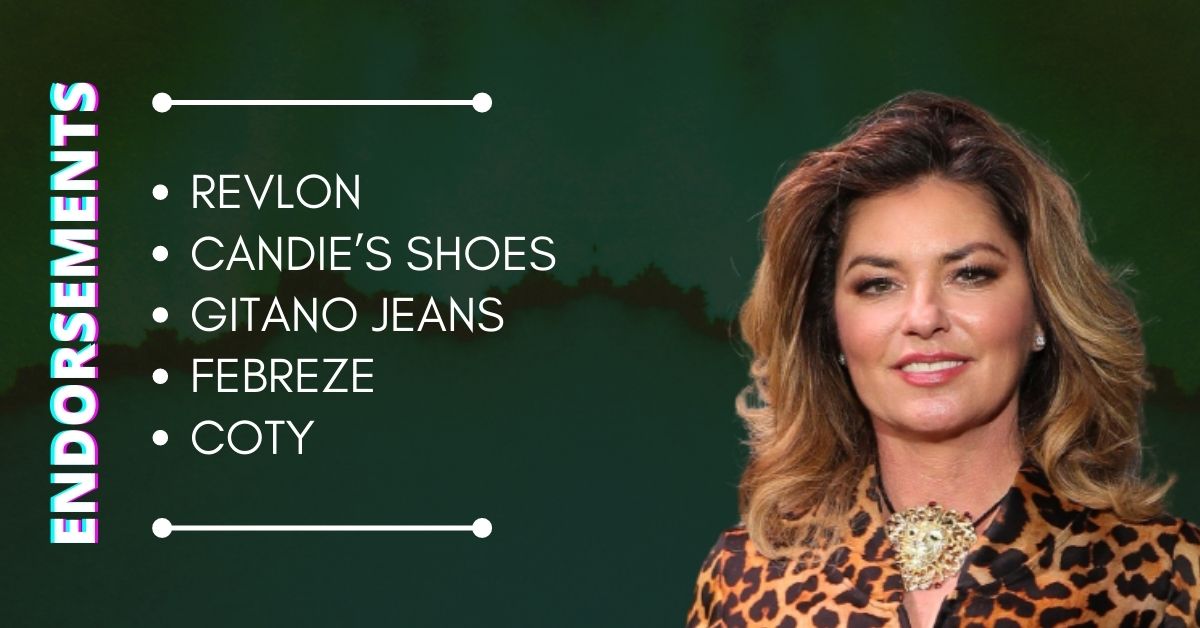 Shania Twain is the second richest musician in Canada, with an estimated net worth of $400 Million. She is the best-selling female artist in country music history and one of the best-selling artists of all time, with over 100 million records sold worldwide.

Like many musicians, Shania Twain made her $400 million net worth from record sales, live performance, investments, and endorsement deals.  She has served as a brand ambassador for brands like Revlon, Candie’s shoes, Gitano Jeans & perfume giant Febreze, making millions of Dollars in the Process. COTY  also launched a perfume chain in her name.

Shania Twain’s enormous wealth has enabled her to maintain a very luxurious lifestyle. She owns luxury homes in Florida, USA & at Corseaux in Switzerland. She also has a few luxury vehicles in her garage and files around the world in chartered private jets.