Sarkodie is a legendary Ghanian rapper with an estimated net worth of $11 Million, making him the richest musician in Ghana. The 36-year-old is hugely considered one of the greatest rappers to come out of the continent. Here is a detailed analysis of how Sarkodie earned his $11 Million dollar net worth.

Sarkodie was born July 10, 1988,  the fourth of five children. He was raised in Koforidua before moving to Tema where he started schooling. He attended Tema Methodist Day Senior High School and proceeded to IPMC, where he earned a degree in graphic designing.

Sarkodie began his music career as an underground rapper. He was discovered by Duncan Williams of Duncwills Entertainment while participating in Kasahare Level, a popular rap competition in Ghana. He also met musicians Edem and Castro, who introduced him to Hammer of The Last Two, an established record producer who allowed him to record two tracks for Edems maiden album Volta Regime.

CHECK THIS  Didier Drogba Net Worth and Biography

Sarkodie began his professional career by releasing his debut album, Makye in 2009. The album received positive reviews from critics and fans across the continent. The album’s lead single “Baby” which features Mugeez of R2bees became an instant hit and gave Sarkodie exposure. 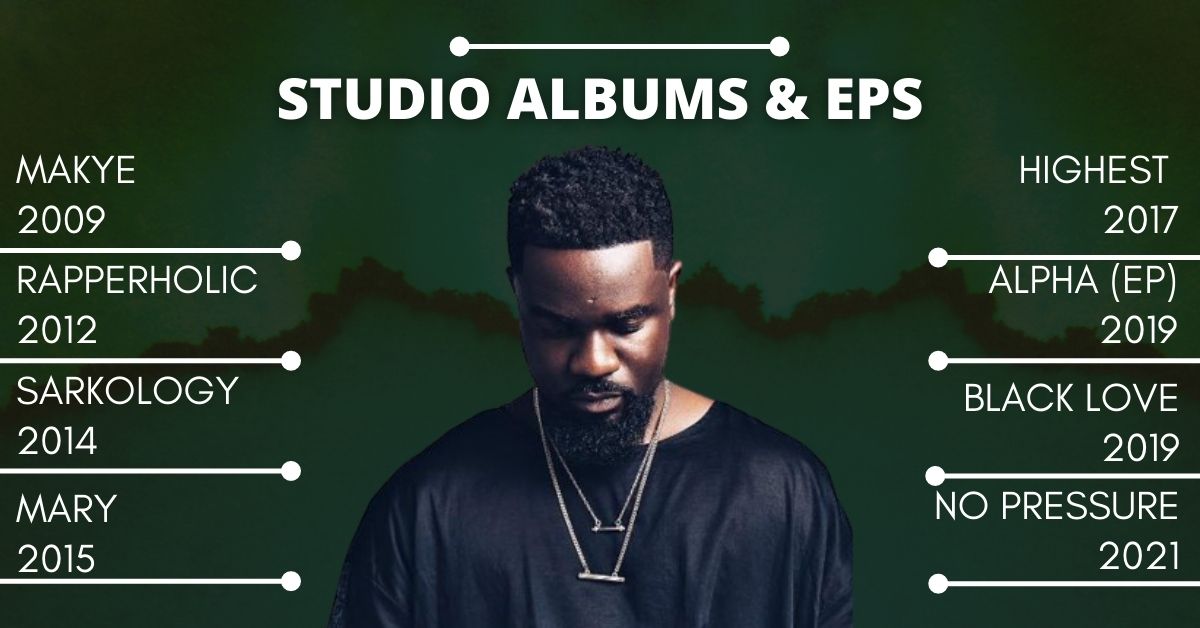 Sarkodie released his second studio album, Rapperholic in 2012. The album earned him his first BET nomination and subsequent win. In the same year, he was also featured on the BET Hip Hop Awards cypher, the only African Rapper featured on the cypher.

Collaborating with some of the biggest names on the continent,  Sarkodie has since then released 3 additional studio albums, 1 EP and 1 live album. The projects include “Mary” released in 2015, “Highest” in 2017 “Alpha” and “Black Love” in 2019 and “No pressure” in 2021

CHECK THIS  Tatum O'Neal Net Worth And Biography

Sarkodie is often regarded as one of the most successful and greatest rappers to come out of the continent. He is also one of the major proponents of the Azonto genre. His contributions to the Ghanaian music industry have earned him numerous accolades, including the Vodafone Ghana Music Award for “Artiste of the Decade”. He is also the first winner of BET’s Best International Flow artist at the 2019 BET Hip Hop Awards. 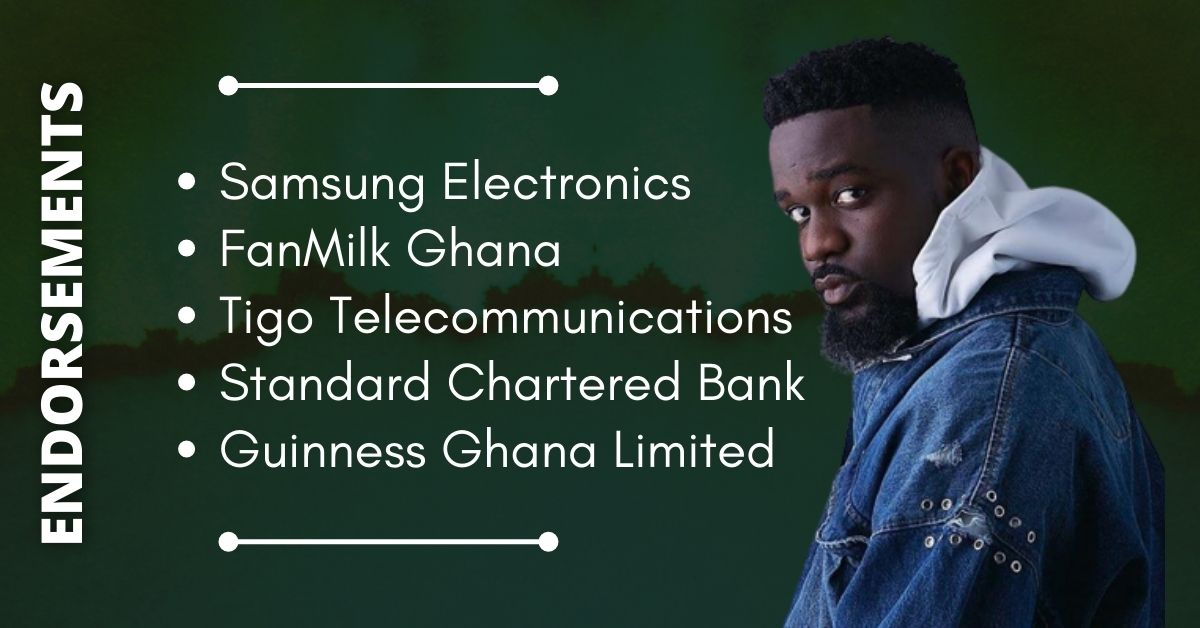 Sarkodie with an estimated net worth of $11 Million is the richest musician in Ghana, one of the richest rappers and influential artists on the continent. Aside from being one of the highest-paid artists in Ghana, Sarkodie also make money and increases his net worth from  personal business and endorsement deals

He established the Sark by Yas clothing line and Obidi Chief headphones in  2013. He became the Brand Ambassador for Samsung Electronics at the University of Ghana in 2012 and FanMilk Ghana in 2013.

Sarkodie is currently in partnership with Tigo Telecommunications Ghana. He also has endorsement deals with Standard Chartered Bank – a leading banking firm in Africa as well as Guinness Ghana Limited for their Malt drink product.