Samuel Eto’o is the richest footballer in Africa, with an estimated net worth of $95 Million. He is arguably the greatest African player of all time and was regarded as one of the best strikers in the world, during his prime. Here is a detailed analysis of how Samuel Eto’o came about his $95 million fortune.

Samuel Eto’o was born on the 10th  March 1981 in Cameroon. He began his football career training at the Kadji Sports Academy in Cameroon. He joined Real Madrid’s youth academy in 1997, where he had several loan spells to several clubs in Spain: Leganés in 1997,  Espanyol in 1999 and Mallorca in 2000.

CHECK THIS  Nina Dobrev Net Worth And Biography

Eto’o Joined Mallorca permanently in 2001 and helped the club win the Copa del Rey in 2002.  At the club, he scored 70 goals in 165 appearances. His impressive form saw him join Barcelona in 2004 where he scored 130 goals in five seasons and also became the record holder for the most appearances by an African player in La Liga.

Samuel Eto’o signed with Inter Milan for the 2009–10 season, and there scored 53 goals, with 102 appearances for the club. After a few successful seasons at Inter Milan, Samuel had a few brief spells with Anzhi Makhachkala, Chelsea, Everton, Sampdoria and  Antalyaspor where he won the Golden Foot Award. He also played for Konyaspor and  Qatar SC before retiring in 2019. 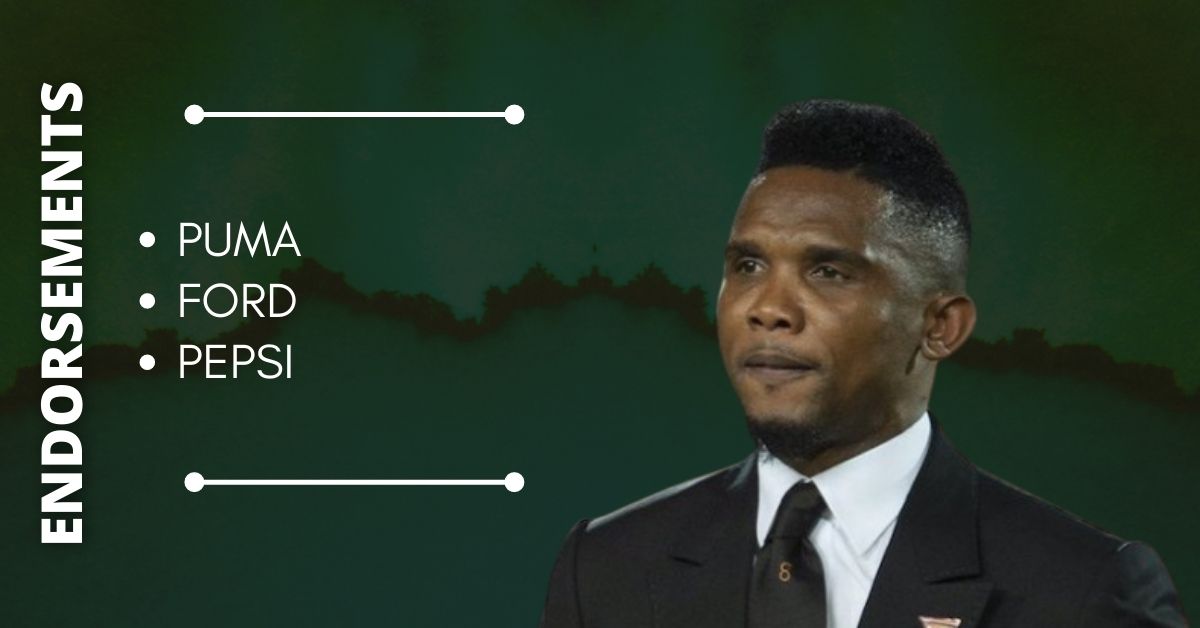 Samuel Eto’o is the richest footballer in Africa, with an estimated net worth of $95 Million. He made the majority of his money from Football contracts, endorsement deals and investments.

CHECK THIS  Sue Bird Net Worth And Biography

Samuel Eto’o was once the highest-paid player in the world while he was with Russian football club FC Anzhi Makhachkala, earning a whopping $25millon a year. Prior to this move, he was earning as high as 8 million euros per year, which included endorsements from the likes of Puma and Ford on top of his salary.

Aside from earning from his successful football career, Samuel Eto’o also increased his net worth working as a football administrator after retiring from football. He is the present president of the Cameroonian Football Federation After his appointment in 2001

CHECK THIS  How To Register An Association In South Africa

Samuel Eto’o signed with Inter Milan for the 2009–10 season. They won the Coppa Italia, the Serie A league and the Champions League in the same season. The following season, they won 2010, the Coppa Italia, Supercoppa Italiana and the  FIFA Club World Cup. Following these back-to-back achievements, he became the first player to win two European continental trebles.

As a member of the Cameroon national team, Eto’o was a part of the squad that won the Gold Medal at the 2000 Olympics. He also won the Africa Cup of Nations in 2000 and 2002 and is the all-time leading scorer in the history of the tournament.