Okyeame Kwame, also known as the Rap Doctor is one of the richest musicians in Ghana. The 46-year-old is one of the most renowned and influential celebrity entrepreneurs to come out of the country. As one of Ghana’s national icons, you might be wondering, what is Okyeame Kwame net worth and how he came about his fortune?

Okyeame Kwame was born in Kumasi on the 17th of April 1976. He attended Anglican Senior High Schoo Kumasi, for his secondary education and continued to Kwame Nkrumah University of Science and Technology where he studied Akan and Sociology. He also enrolled at the University of Ghana and graduated in 2016 with a master’s degree in Strategic Marketing.

CHECK THIS  Governor VS Senator Salary In Kenya 2022

Kwame gained interest in rap music from a very young age, writing his own songs and performing at the local show during his secondary school days. He also had some formal education in music under the tutelage of Dr Daniel Amponsah a.k.a. Agya Koo Nimo. Agya Koo Nimo taught him Classical Guitar and Philosophy in African Music.

He began his musical career in 1997  as a member of the “Akyeame” hiplife duo, together with fellow Ghanaian Daniel Kofi Amoateng under the stage name Okyeame Kofi. The duo recorded four albums together before parting away in 2004. The albums include “Nyansapo” (1997); “Nkonsonkonson” (1998), “Ntoaso” (2000) and “Apam Foforo” (2002).

He began to perform solo under his own record label One Mic Entertainment and released his first solo album “Boshe Ba” (Promised Child) in 2004, just after the breakup of the Akyeame band. He followed in 2008 with “Manwesem” (My Poetry) and in 2011 with “The Clinic”, launched at the Aphrodisiac Night Club in Accra. His last album “The Versatile Show” was released in 2012. 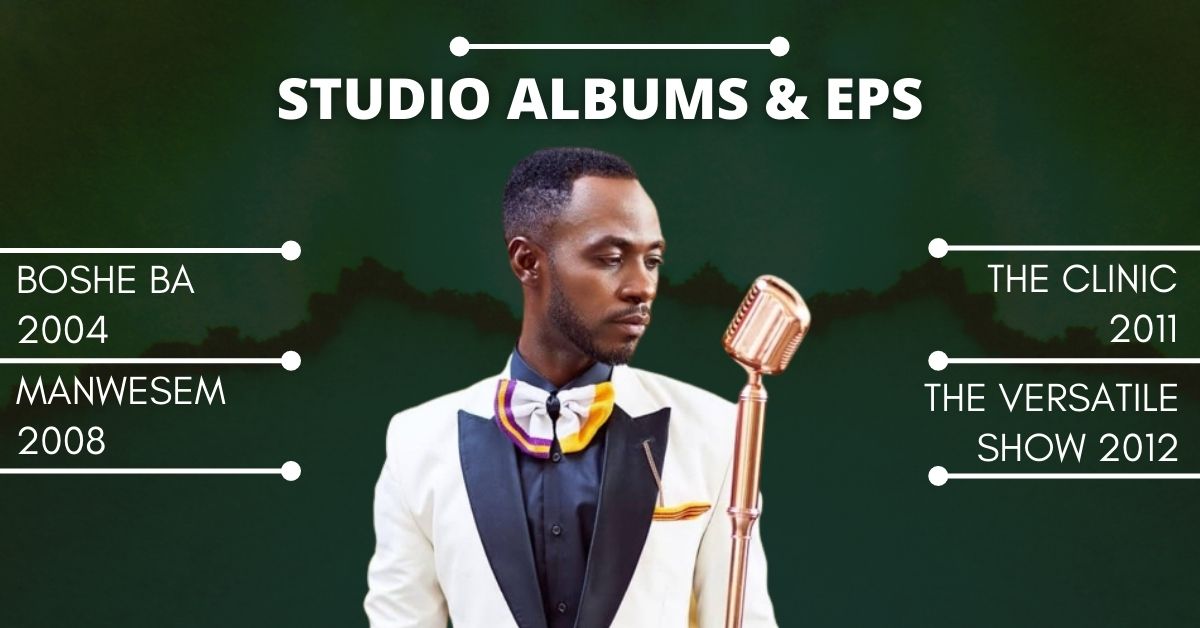 Aside from his successful full musical career, Kwame is one of the most prominent entrepreneurs and philanthropists in Ghana. He founded his own record label One Mic Entertainment in 2004 and the Firm Bridges Communications.  He is also a partner in the shoe manufacturing company Horseman Shoes and Sante’s Hair for Kids, a hairline business.

Kwame founded the Okyeame Kwame Foundation in 2009, to raise public awareness of hepatitis B and to provide screening, prevention and education to mitigate the disease in Ghana. In 2014, he staged the Celebrity Car Wash, an event including sports, games and photoshoots with celebrities in East Legon, to raise funds in support of his campaign to provide free vaccination to at least 1000 Ghanaian.

Kwame is a recipient of numerous awards and honours, He was presented the Key to the City of Cincinnati in Ohio USA by the in  2016. He was also honoured on 3 February 2017 by the Chartered Institute of Marketing Ghana with the status of an associate co-opted member for his professional use of marketing in the creative arts.  Other honours include the Ghana Music Awards, the United States Presidential Volunteer Service Award, and many others.

CHECK THIS  Biodun Fatoyinbo Net Worth And Biography 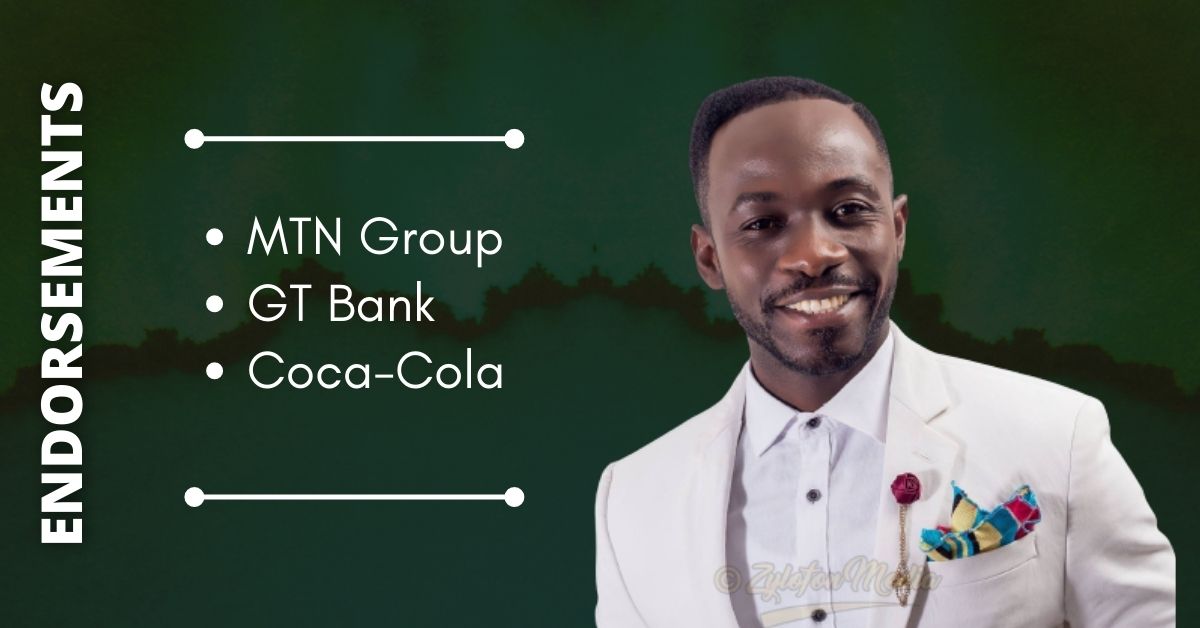 Okyeame Kwame has an estimated net worth of $7 Million, making him one of the richest musicians in Ghana. Aside from having successful music and business career, Kwame is an iconic figure for corporate Ghana. He has so far become a brand ambassador for MTN Group, GT Bank and Coca-Cola in Ghana.

He was also appointed the public relations officer of the Musicians Union of Ghana (MUSIGA) in 2012 and the Ghana Music Right Owner (GHAMRO) in 2014. As earlier stated Kwame is also the founder of One Mic Entertainment record label and Firm Bridges Communications, one of the biggest advertising agencies in Ghana.