OC Ukeje is a famous and multiple award-winning Nigerian actor, model, and musician with a net worth of $3.7 million. He is a veteran actor who came into prominence after winning the Amstel Malta Box Office reality show.

However, he is not only famous but among the most successful and influential actors who have worked his way to the top through acting.

Apart from acting, OC Ukeje is also an entrepreneur but her primary source of income is attributed to his acting career. Okechukwu Ukeje popularly known as OC Ukeje was born in Lagos on 15 July 1981. Though he is a native of Umuahia, he was born and bred in Lagos. He is the second child of a family of three children.

Ukeje began his career in acting with a lead role in a stage play during his first year at the University of Lagos, Yaba.

This notable actor OC Ukeje with a good net worth got married to Senami Ibukunoluwa Togonu-Bickersteth on 8 November. 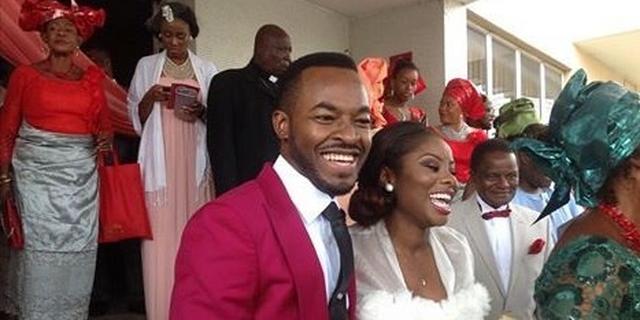 OC Ukeje began his career at the University of Lagos by starring in a lead role in a movie. For the first four years of his career, he on to pursue both music and acting, focusing mainly on acting in stage plays.

After studying at New York Film Academy in Los Angeles, he returned home and was featured in Jeta Amata’s Black November in 2012. He starred in the movie alongside other notable actors.

Also in 2012, he starred in an award-winning play titled Gone Too Far alongside Malachi Kirby and was directed by Destiny Ekaragha.

Among movies that premiered at Toronto International Film Festival in 2013, Ukeje featured in one of them titled Half of a Yellow Sun.

On the list of the top and most successful actors who have acted in so many blockbuster movies is OC Ukeje. Ever since he came into prominence, he has starred in so many award-winning movies.

According to Legit.ng the super talented Nollywood actor Oc Ukeje net worth is estimated to be $3.7 million.

OC Ukeje enjoyed relative success in his home country Nigeria, and this made him have a good net worth. His success and good net worth are attributed to his acting career and other things that he does.

Though OC Ukeje is an actor that likes to keep some of his assets private, it does not change the fact that he has made so much net worth with fame.

OC Ukeje with a net worth of 3.7 million has won so many outstanding awards. Below are some of his notable awards: