Matt Groening is an American cartoonist, writer, producer, and animator. He is one of the richest comedians in the world. Most of his works are world-famous and he, through the uniqueness of his works, has been able to gather quite a number of fans all over. In this article, RNN details Matt Groening net worth, biography, career, and achievements.

Matt Groening was born on the 15th of February, 1954 in Portland, Oregon. He was the third child of the five children of his parents, Margaret Ruth and, Homer Philip Groening. Interestingly, his father was also a filmmaker, advertiser, writer, and, cartoonist.

Matt Groening attended the Ainsworth Elementary School and Lincoln High School. Then from 1972 – 1977, he attended The Evergreen State College in Olympia, Washington. There, he studied Journalism. 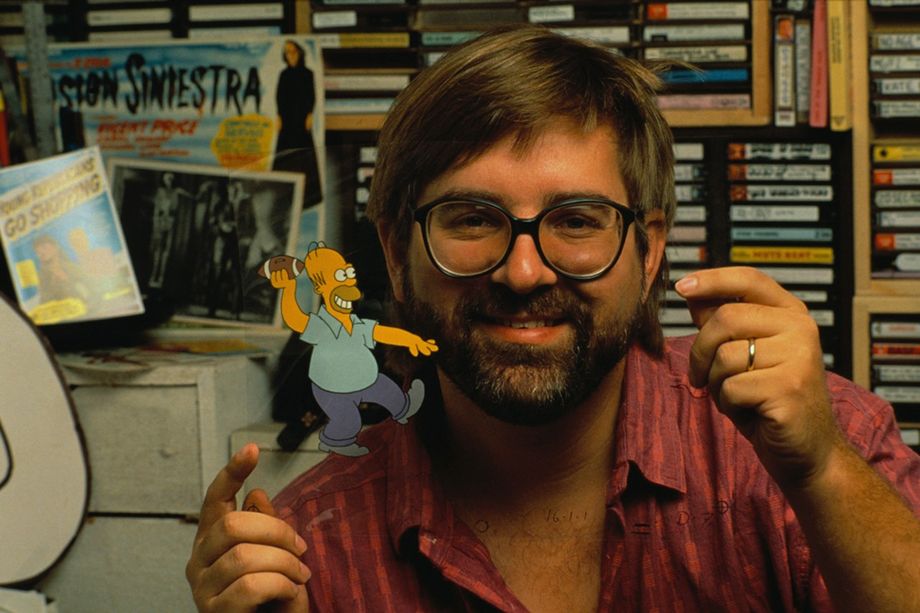 Good to mention that Matt Groening started drawing at an early age as it was part of the things he loved to do. Upon graduation from college, Matt Groening moved to Los Angeles. There, he resumed drawing whilst seeking stable employment. And when he finally became the circulation director of the Los Angeles Reader, he convinced the weekly paper to publish his cartoon, which he titled Life in Hell. Later, he served at the campus newspaper, which was The Cooper Point Journal, and there, he wrote articles and drew cartoons.

Matt Groening became friends with a fellow cartoonist, Lynda Barry after he found out that she wrote a fan letter to Joseph Heller (who was one of his favourite authors), and had received a reply. According to him, he fell in love with cartoons and cartooning after watching the Disney animated film, One Hundred and One Dalmatians. He then cited Barry, Ronald Searle, Monty Python, Robert Crumb, Ernie Bushmiller, and, Charles Schulz as his inspirations.

CHECK THIS  Cardi B Net Worth 2022 Forbes

After the release of Life in Hell, it became so popular that it was later published in book form. Thanks to Deborah Caplan, his then-girlfriend and co-worker. She offered to publish the book as a series of relationship-themed Life in Hell strips. Following the release of the book, about 22,000 copies were sold in its first two printings. And that was a huge success for them. Following the success, they went ahead with Work is Hell which was also published by Deborah Caplan. Soon afterwards, the duo left and founded the Life in Hell Co. which was handled as merchandise for Life in Hell. 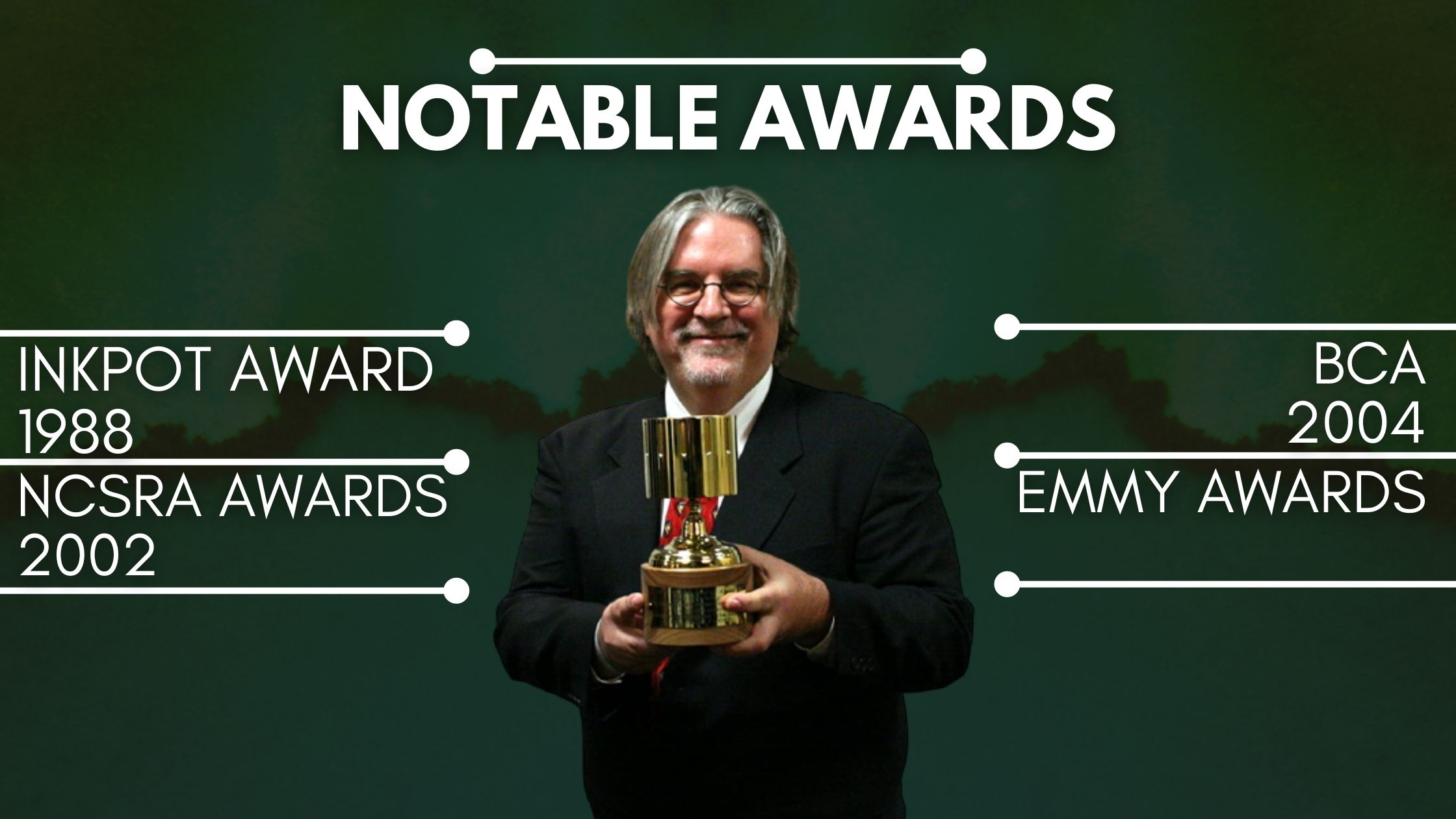 In 1987, the then executive producer of the television variety program, The Tracey Ullman Show, James L. Brooks, asked Groening to create a series of short animated cartoons based on his previously successful Life in Hell. But Matt Groening preferred to develop a new set of characters for The Simpsons for fear of having to give up his ownership rights. He famously named the main characters of The Simpsons after members of his family. But emphasized that, apart from the sibling’s rivalry, his family is nothing like The Simpsons. However, his sister, Maggie has co-written different books on The Simpsons featuring her cartoon namesake.

Matt Groening storyboarded and scripted every of The Simpsons Shorts. And it was animated by a team including David Silverman and Wes Archer, the latter and the former later became directors on the series.

The Simpsons shorts was first shown in The Tracey Ullman Show on the 19th of April, 1987. Unfortunately, the Ullman Show didn’t gain enough popularity, this led to a half-hour spin-off in 1989. Later on, a team of production companies adapted The Simpsons into a half-hour series for the Fox Broadcasting Company. But James L. Brooks negotiated a provision in the contract draft with the Fox network which helped avoid interfering with the show’s content.

CHECK THIS  Jackie Appiah Net Worth and Biography

After the show premiered in 1989, the series in no time, became world-famous and became a shocking reality to them all. The show was co-developed by Matt Groening, Brooks, and Sam Simon. Unfortunately, Matt Groening and one of his co-developers of the show, Sam Simon didn’t quite get along well. This led to Simon getting off the show in 1992 on the note of “creative differences.”

In 1990, The Simpsons won more than 20 Emmy Awards, and in 2009, it also became the longest-running prime-time series in American television history. This led to the release of a feature-length Simpsons movie in 2007. After Matt Groening took his time on some science fiction research, he decided creating a masterpiece with his discoveries would be exceptional with David X. Cohen (David S. Cohen). Therefore he got together with The Simpsons writer and producer to create his new animated series, Futurama.

After the duo developed Futurama, an animated series that portrays life in the 3000, it was pitched to Fox in April 1998. And on March 28 1999, it was premiered on Fox.

Futurama was about the adventures of a 20th-century pizza delivery boy who was transported to the year 2999. Although the show was cancelled by Fox in 2003, robust DVD sales and a successful run in the sale of licensing pushed the production of more episodes. These new episodes were aired on cable from 2010-2013. Matt Groening later developed a third animated series, Disenchantment. Disenchantment was first ordered by Netflix in 2017 and the first ten episodes were premiered on Netflix in 2018. After then, Netflix renewed the series for twenty additional episodes, expected to debut in ten-episode batches in 2020 and 2021.

Also, in 1994, Matt Groening formed Bongo Comics (named after Bongo from Life in Hell) with Steve Vance, Cindy Vance, and Bill Morrison. These people were already in the business of publishing comic books based on The Simpsons, Futurama, and a few original titles.

Matt Groening has made a number of campaign contributions in his lifetime. He even stated in an interview with Wired in 1999 that, if he was president, his first act would be a “campaign finance reform,” he stated further that, the unavailability of campaign finance, is a real detriment to democracy.

CHECK THIS  How To Download free yify movies Online

Matt Groening has donated money to the unsuccessful presidential campaigns of Democratic candidates Al Gore in 2000 and John Kerry in 2004. And also, he made a donation to the Democratic senatorial campaign committee and the Senate campaigns of some others including Barbara Boxer.

He also made donations to the now-extinct Hollywood Women’s Political Committee which campaigned and raised support for the Democratic party.

Matt Groening net worth as of 2022 is $600 Million. Making him one of the richest comedians in the world.

Matt Groening and Deborah Caplan got married in 1986 but divorced in 1999. Their union produced two sons, Homer and Abe.

In his career, Matt Groening has been nominated for about 41 Emmy awards and he has won 13 out of all nominations. Below is a list of the notable awards won by Matt Groening: