Jay-Z is an American rapper, record executive, businessman, and media proprietor. He is one of the richest musicians in the world and is also regarded as one of the most influential hip-hop artists in the world. Jay-Z is known for greatly contributing to the success story of some world-famous artists today. In this article, RNN details Jay-Z net worth, biography, career, and achievements. Professionally known as Jay-Z, Shawn Corey Carter is an American rapper, record executive, and media proprietor. He was born in the Brooklyn borough of NYC on the 4th of December, 1969. He grew up in Marcy Houses, a housing project in Brooklyn’s Bedford-Stuyvesant neighbourhood. His father is Adnis Reeves, and his mother is Gloria Carter. Jay-Z alongside his three siblings was raised by his mother after their father abandoned his family and left.

Jay-Z attended the Eli Whitney High School in Brooklyn until the school was closed. Afterwards, he attended a nearby George Westinghouse Career and Technical Education High School. He then went ahead to take a term at Trenton Central High School in New Jersey, but he didn’t graduate.

According to Jay-Z’s mother, Jay-Z wakes his siblings up at night by banging out drum patterns on the kitchen table. She noticed a thirst and bought him a boombox for his birthday later that year. Her action was said to spark Jay-Z’s interest in music, then, he began freestyling and writing song lyrics.

Soon enough, he became popular in the neighbourhood for his talents and they referred to him as “Jazzy” which birthed his now professional stage name, Jay-Z. In some interviews, Jay-Z stated that he chose his stage name as a means of homage to his mentor, Jaz-O. In the 1980s and early 1990s, Jay-Z was said to have been heard on several of Jaz-O’s early recordings.

CHECK THIS  Is Kanye West Richer Than Jay-Z?

Shortly after the absence of his father, Jay-Z went into illicit drug dealings perhaps to support his mother and siblings. He claimed to have been shot three times during this period. But, he took no time to go back to focus on his career. 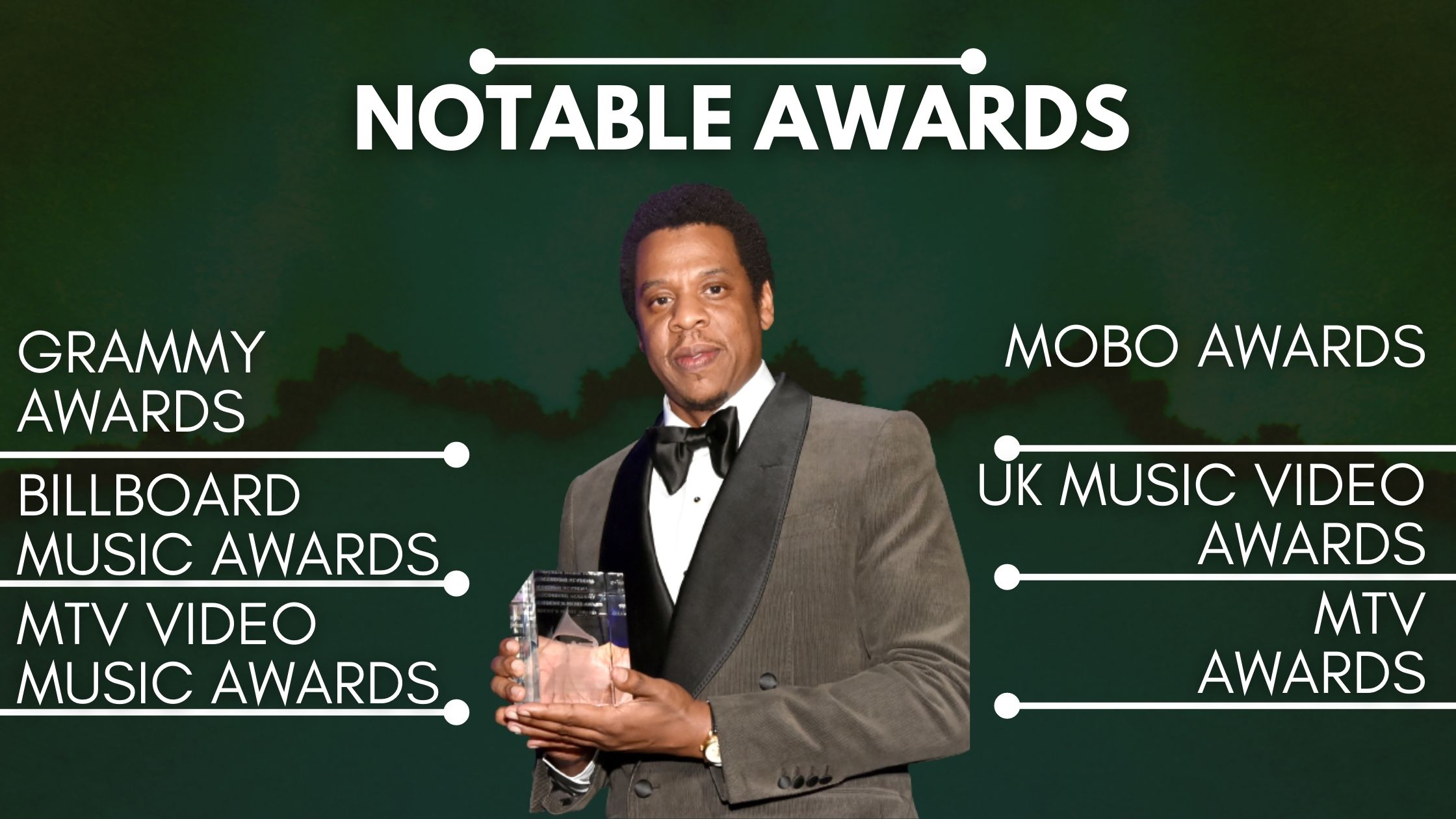 In 1994, he became known to a wide audience on the posse cut “Show and Prove” on the Big Daddy Kane album Daddy’s Home. And during this period, he was referred to as Big Daddy Kane’s hype man despite just making cameo appearances on stage. In 1995, he released his first official rap single, “In my Lifetime”.

This section contains a listing of Jay-Z’s releases from the beginning of his musical career to the present.

Jay-Z had no record label to help with the sale of his songs, therefore, he sold CDs of his songs out of his car. This pushed him later that year, to create an independent record label, Roc-A-Fella with Damon Dash (Dame), and Kareem Burke (Biggs). His debut album, Reasonable Doubt sold over a million copies in the United States. That marked a new level of his career breakthrough.

Jay-Z is also a businessman that has established himself as a successful entrepreneur. He owns a business empire that runs a variety of clothing, beverages, real estate, sports, and record industries.

During his retirement in 2003, Jay-Z took up philanthropy alongside his mother, Gloria Carter. Together, they founded The Shawn Carter Foundation. This Foundation helps students facing socio-economic hardships through college.

Later on, as a result of Jay-Z’s effort in securing partnerships with the UN and MTV, a documentary was aired entitled Diary of Jay-Z: Water for Life in November 2006. Jay-Z pledged $1 million to the American Red Cross’s relief effort after Hurricane Katrina along with Sean “Diddy” Combs.

He has also donated money for the bail of protestors who were arrested during activism against brutality. And in May 2020, he donated $1 million through his foundation, The Shawn Carter Foundation for relief during the COVID-19 pandemic in NYC. And also, in April 2020, he and Meek Mill donated over a hundred thousand masks to US prisons to protect inmates and keep them safe from Covid-19.

On the 5th of April, Jay-Z launched the popular culture and lifestyle online magazine, Life + Times. The Magazine features content that showcases his high-end tastes in clothing, appliances, and cars. The site design shows an upwardly mobile young male demographic, with sports and music-related posts accompanying those about fashion and design. In 2002, after Beyoncé and Jay-Z’s collaboration on “03 Bonnie & Clyde,” and other appearances on some other album release, news started making around that they were in a relationship. However, they kept a low profile relationship while dating and even after they got married on the 4th of April, 2008. The duo still didn’t publicise their marriage and relationship until it became a matter of public record on the 22nd of April 2008. And even after then, Beyonce didn’t flaunt her $5 million Lorraine Schwartz-designed engagement ring until September 5, 2008, at the Fashion Rocks concert.

Their home is an $88 million Bel-Air neighbourhood of Los Angeles. Beyonce has however admitted in several interviews that keeping their relationship private and out of the public business has helped their union and home. Backing up Beyonce, Jay-Z stated in a People article that “…We do not play with our relationship”.

In 2006, Beyoncé and Jay-Z were listed as the most powerful couple for Time magazine’s 100 most influential people. Also in 2009, Forbes also ranked them as Hollywood’s top-earning couple. Their net worth combined at the time was $162 million.

The couple had their first child, Blue Ivy in 2011. Then Jay-Z released a song dedicated to their newly born child, titled “Glory”. The song detailed the couple’s pregnancy journey, struggles, challenges and victories. Also during the period, Beyoncé had a miscarriage. Their daughter eventually became the youngest person ever to appear on a Billboard chart when “Glory” hit No.74 on Hot R&B/Hip-Hop Songs at just two days old. This was because Blue Ivy’s cries were included in the released song. On the 18th of June 2017, they welcomed a twin, Rumi and Sir.

Although Jay-Z has won several awards(up to 260+) throughout his career, a few notable ones are listed below: