Ibrahim Badamasi Babangida is a former military unelected president of Nigeria. However, this article details his profile, net worth and achievements.

Who is Ibrahim Babangida? 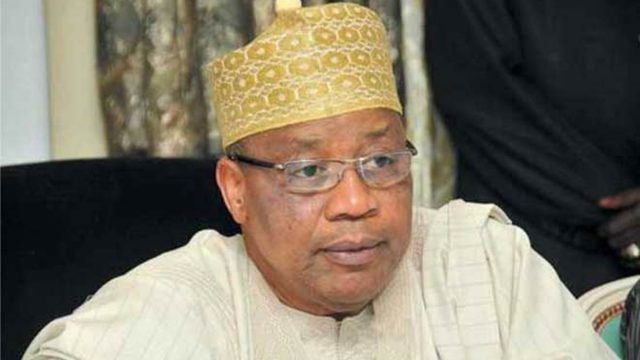 Ibrahim Babangida is a retired Nigerian Army General and Politician. He was a former (self-acclaimed) president of Nigeria. Serving as a Military President from 1985 until 1993.

Ibrahim Babangida was born in Minna, Niger State, Nigeria on the 17th of August 1941. His parents are Muhammed Babangida and Aisha Babangida.

Furthermore, Ibrahim Babangida attended Government College Bida and joined the Army on the 10th of December, 1962. And also attended the Nigerian Military Training College in Kaduna. On the 26th of September 1963, Ibrahim Babangida received his commission as a second lieutenant as a regular combatant officer in the Royal Nigerian Army from the Indian Military Academy. However, he attended the Indian Military Academy from April to September 1963.

Ibrahim Babangida attended the Younger Officers Course at the Royal Armoured Centre in the United Kingdom. And there, he received instruction in gunnery and the Saladin Armored Car.

He was married to Maryam King on the 6th of September 1969, until her death on the 27th of December 2009. She died due to ovarian cancer complications. However, together they have 4 children, Aisha, Mohammed, Aminu and Halima Babangida.

After that, he was posted with the 1st Reconnaissance Squadron in Kaduna and he got to witness the coup d’état that took place in 1966. It was in this coup Sir Ahmadu Bello was killed. And later on, he participated in the July counter-coup that was led by Murtala Mohammed against General Aguyi Ironsi. And General Yakubu Gowon took his place. After which he planned a coup against the then head of state, General Muhammadu Buhari in 1985 alongside Sani Abacha and some others. The Coup was successful and General Muhammadu was arrested. Then, General Sani Abacha announced him the new head of state in a radio broadcast.

In summary, Ibrahim Babangida was a strong partaker in the Nigerian Civil war and likewise, various coups that took place in Nigeria. After which he planned a coup himself and took over from the then head of state. His years in power as the Commander-in-Chief of the Armed Forces and an unelected President lasted 8 years (1985 to 1993). And his era as the President of Nigeria popularly known as the “Babangida era” was considered one of the most controversial in the military regime history of Nigeria.

The “Babangida Era” oversaw the establishment of a state security apparatus. And was also during his era Dele Giwa was assassinated in 1986. Babangida’s regime also experienced a series of ethnic and religious outbreaks due to his decision to increase cooperation with the Muslim world and increase the nation’s extremist tendencies. However, the Babangida era also brought cemented traditional relations with the United States and the United Kingdom. Thereby implementing economic liberalization and the privatization of state-owned enterprises also with a national mass mobilization. However, his regime came to an end with the transition of Nigeria to the third Nigerian Republic and the subsequent militarization of politics in the 1993 presidential election.

Meanwhile, the Babangida era was known for controversies and the era that helped grow corruption to a great height in Nigeria.

During the Nigerian Civil war, Ibrahim Babangida was posted to the 1st Division under the command of General Mohammed Shuwa. And in 1968, he became commander of the 44 Infantry Battalion that fought within the Biafran territory. After his marriage to Maryam, he returned to the war front in the same year (1969) and he was the commander of a Battalion.

Then in 1985, he assumed power as the Military President of Nigeria. He served for 8 years after which his tenure came to an end. However, before the end of his tenure, he worked on some developmental aspects of Nigeria. To mention but a few, he helped strengthen the foreign relations of Nigeria, contributed to the development of national infrastructure and completed the construction of the Lagos third mainland bridge which is the biggest bridge on the continent at the time.

In summary, Ibrahim Babangida went from the Army force to serving as the President of Nigeria through a successful coup d’état. His allies in the coup were Sani Abacha, Gado Nasko, Mamman Vatsa, Aliyu Gusau, Halilu Akilu, and his former officer colleagues.

Here is a list of some of Ibrahim Babangida’s notable achievements: