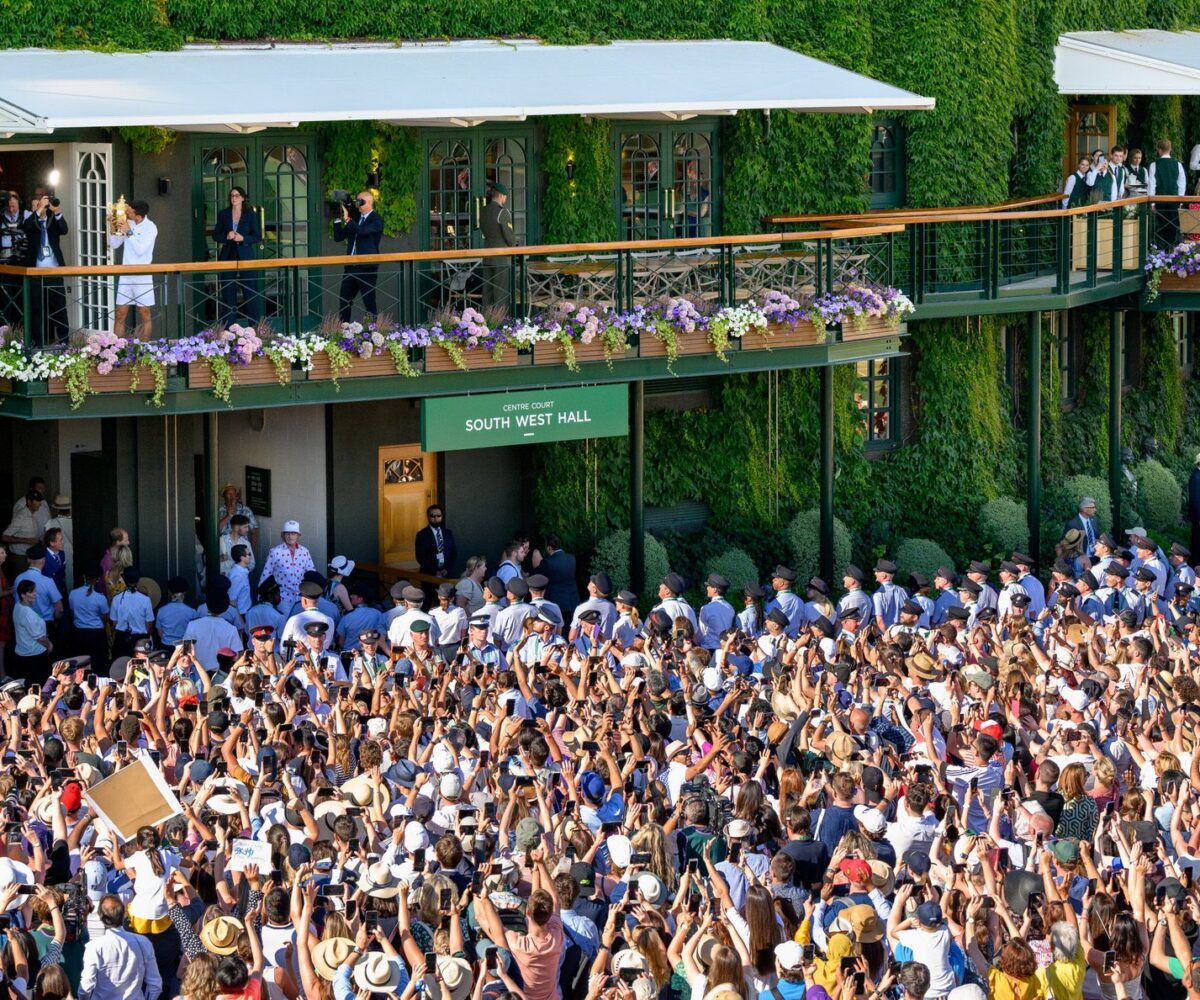 Novak Djokovic is already a sporting immortal but he will be desperately hoping he is finally becoming a “people’s champion” after winning a seventh Wimbledon crown on Sunday.

The Serb has long been seeking the missing ingredient to make him an equal of Roger Federer and Rafael Nadal in the hearts of tennis fans.

His four-set victory over unseeded Nick Kyrgios nudges him ahead of Federer into second place in the all-time list of Grand Slam men’s winners with 21 titles, one behind Nadal.

Djokovic nibbled a blade of grass in his customary celebration before making his “cup of love” gesture to all corners of the Centre Court, who roared their approval for the champion.

While Federer and Nadal enjoy an almost god-like status in the game, the Serb has been a player that fans have found more difficult to love.

Many had already picked either the Swiss or the Spaniard as “their man” by the time Djokovic won his first major in 2008, leaving him in a position as the awkward interloper.

The Serb, who left Belgrade when he was 12 to train in Munich and escape NATO’s bombardment of his home city, is a spikier character than the smooth, unruffled Federer or the self-effacing Nadal.

His infamous default from the US Open in 2020 for petulantly swiping at a ball that hit a female line judge gave a glimpse of his fiery character.

And some of his personal beliefs have drawn criticism – including his refusal to have the coronavirus vaccine, a decision that cost him a place in this year’s Australian Open.

One claim that raised eyebrows was his belief that it was possible to alter the composition of water and food through positive thinking.

Novak Djokovic – so used to battling the crowd along with his opponent – appeared to have turned a corner at last year’s US Open final, which he lost to Daniil Medvedev

He received heartfelt support from fans urging him to fight back against Medvedev but it was ultimately in vain as he missed his chance to become the first man to win a calendar Grand Slam since Rod Laver in 1969.

“The amount of support and energy and love I got from the crowd was something I’ll remember forever,” he said, giving an indication of how much it means to him.

Time appears to be on the side of the Serb in his quest to be considered the greatest player of all time and to further win over the fans.

Novak Djokovic may be forced to miss the US Open

Federer, approaching his 41st birthday, has been out of action for a year after a knee operation while Nadal, 36, pulled out before his semi-final at Wimbledon with an abdominal injury.

Djokovic, just a year younger than Nadal, shows no sign of losing his physical edge – if anything, he appears to be getting better with age.

But he appears likely to be kicking his heels when the US Open starts next month at Flushing Meadows.

Under current US law, he would not be allowed to travel to play as he has not been vaccinated against Covid.

It is also unclear whether he will be able to travel to Melbourne to play in the Australian Open in January after his deportation earlier this year following a row over his vaccination status.

Djokovic, who has spent a record number of weeks as world number one, is already assured of his place in tennis history.

To add lustre to his achievements, he has winning records over both Federer and Nadal – 27-23 over the Swiss and 30-29 over the Spaniard.

Djokovic captured the first of his majors at the Australian Open in 2008 but it was three years before he added his second.

He dropped gluten from his diet and his lithe physique allowed him to chase down lost causes, transforming him into the rubber man of tennis with a rock-steady defence.

In 2011 he enjoyed a spectacular year, winning three of three Slams and becoming world number one for the first time.

Since then he has won at least one Grand Slam each year since apart from in 2017.

Djokovic married long-time girlfriend Jelena Ristic in July 2014 and they have two children, a son, Stefan, and daughter, Tara.

Father and son have been pictured playing together at Wimbledon this year but while the seven-year-old might be a future star Djokovic senior is far from finished.