You are a big fan, and you want to know more about Davido biography and net worth including his lifestyle in 2022 right? Then you should worry less, as we will discuss everything you need to know about Davido in this article.

The real deal is that Davido is one of the most formidable and richest musicians in Nigeria, alongside counterparts like Wizkid, Burna Boy, and Olamide.

What people don’t know is that Davido’s rise to fame has its own upside-down despite coming from a wealthy home. From the release of “Dami Duro” in 2011 to being featured on a World Cup song in 2022, Davido has been grinding before he shot into popularity.

Hitherto, he has released a slew of hit songs that have charted not only in Africa but around the world. Davido’s net worth includes earnings from his songs, investments as well as endorsement deals.

However, we will discuss in detail everything you need to know about Davido, his net worth as updated by Forbes, cars, relationships, and lifestyle.

A Short Table Of Davido Biography And Net Worth In 2022

Davido was born in Atlanta, Georgia, on November 21, 1992, to Adedeji and Vero Adeleke. His late mother was a university instructor and his father is a Nigerian business billionaire. He attended the British International School for his high school studies, in Lagos.

After that, he went to Oakwood University in Alabama, in the United States, for his university studies. He later dropped out to focus on his passion -music. Davido is the second-born son of his father and the youngest of five siblings. While at Oakwood, Davido purchased musical equipment and began producing beats.

Millions of music fans across Africa are drawn to the multi-talented artist’s mix of Afro-pop songs. He is one of the few African musicians whose songs have amassed significant sales over time.

When he was already a star in Nigeria, his father urged him to enroll at Babcock University in Ilishan- Remo, Ogun State, to pursue a music degree. Davido obeyed his father’s command without hesitation. In 2015, the young man graduated with a Bachelor of Arts Second Class Upper degree.

Since 2011, Davido has made significant progress in the music industry, releasing multiple albums and singles as well as various musical collaborations with notable local and international artists.

Davido has been nominated for multiple awards in various musical categories, and he has won over 20 of them, all because of his incredible talent, persistence, and hard work. After he dropped out of Oakwood University, as a result of poor grades, he focused more of his energy on vocals as opposed to production. Later he purchased musical instruments and began composing beats in addition to recording voice references 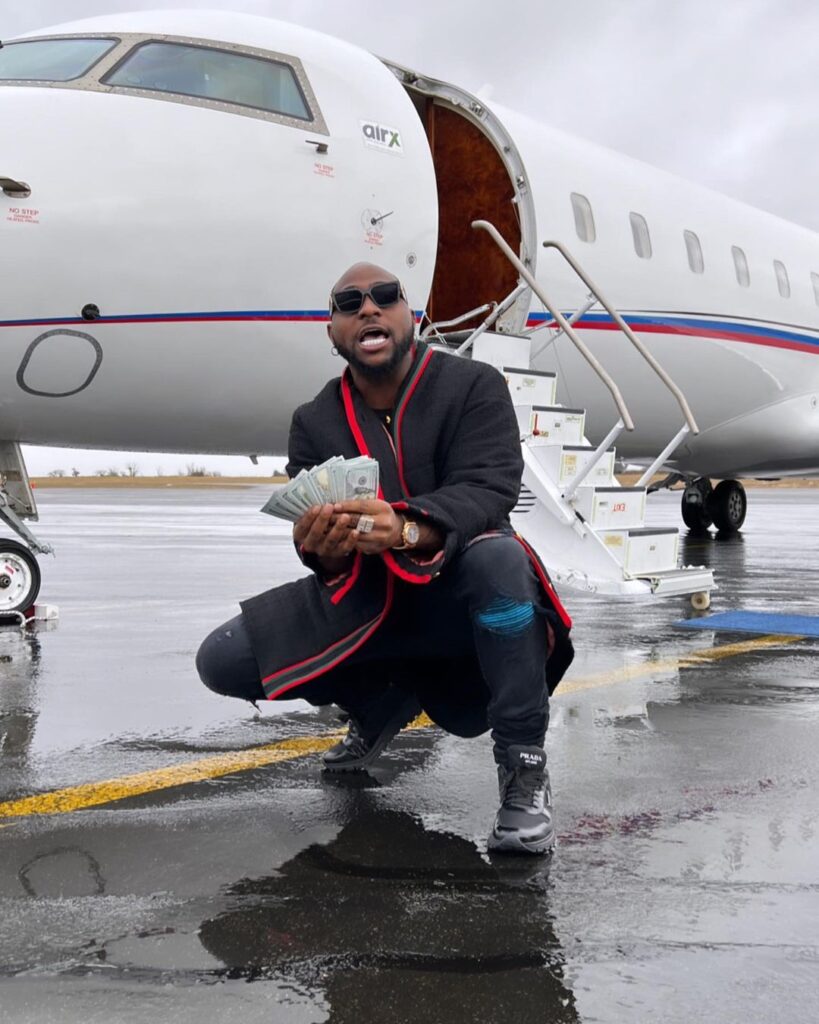 Davido’s second studio album, A Good Time, was released in November 2019 and was accompanied by singles such as “Blow My Mind,” which featured prominent American singer Chris Brown. In 2019, New African magazine named Davido one of the Top 100 most influential Africans.

CHECK THIS  Avril Lavigne Net Worth and Biography

On Friday, November 13, 2020, he released his third studio album, A Better Time. Davido is the second most followed African on the social media app Instagram as of August 2021.

This is a list of significant music awards and nominations obtained by Nigerian musician Davido, per Wikipedia. 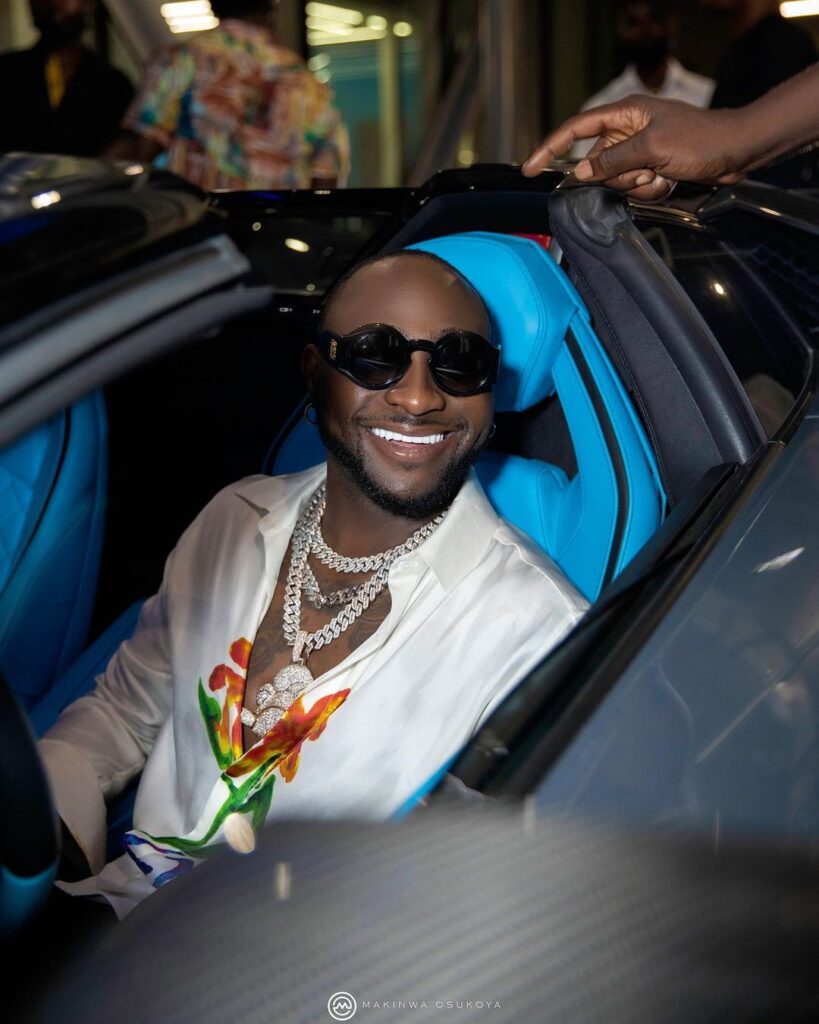 Davido Net Worth In 2022 Forbes

Davido has an estimated net worth of $18 million, according to Forbes Magazine. His fortune has accumulated primarily from his work as a musician, and his videos on YouTube have had over 663 million views.

He is a brand ambassador for Nigerian firms including Close Up, MTN, Infinix, and other Nigerian and foreign brands in addition to his music partnerships. He charges between N10 million and N40 million for his musical concerts and shows in Nigeria.

OBO charges between $100,000 and $200,000 each show for shows performed in the United States and outside Nigeria. Davido owns a number of expensive cars, including a Toyota Land Cruiser, a Rolls Royce Phantom, a Mercedes Benz Sedan AMG series, a Lamborghini Uru, a Bentley Bentayga, a Chevrolet Camaro GS, a Porsche Carrera, a Range Rover, and a new Lamborghini Huracan, among others.

The father of three, who has over 20 million Instagram followers, is believed to receive N52 million ($128,300) for every sponsored post. Davido is the highest-paid Instagram influencer in Nigeria and second in Africa, behind Egyptian football star Mohammed Salah.

Who Is Davido’s Wife? Davido’s wife is Chioma Avril Rowland. She is a Nigerian cook and a media personality. She rose to fame as a result of her connection with Davido, the well-known Nigerian superstar.

Chioma possesses undeniable talent. She constantly brags about her cooking skills on her social media platforms. The celebrity has also worked as a model for a number of well-known Nigerian businesses.

Davido is a man with good taste and a luxury automobile enthusiast. His garage, full of beautiful car collections, is a testament to this fact. He is known for wearing pricey jewelry and recording hot tunes, but he is also recognized for buying expensive cars. Below is a list of cars Davido owns in his garage:

Who Is The Richest Between Davido And Wizkid? 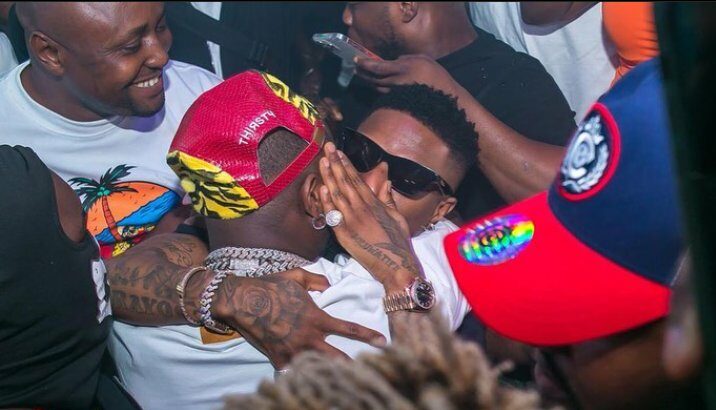 Wizkid, whose real name is Ayodeji Ibrahim Balogun, has a net worth of $21 million, compared to Davido’s $18 million. In terms of estimated fortune, that puts him slightly ahead of Davido.

CelebrityNetWorth and WealthyGorilla, on the other hand, report different amounts, making the comparison unfair, especially for their ardent admirers. According to the two sites’ statistics, Davido is wealthier than Wizkid. Meanwhile, Forbes reported that Wizkid is the richest artiste in Nigeria with an estimated net worth of $21 million.

Despite working in the same sector, the two young guys perform at different venues, record distinct songs, and run their own businesses.

READ ALSO: Internet on fire as Wizkid and Davido hug each other in Quilox(VIDEO)

Davido Net Worth and Biography Summary

The table below is a quick rundown of Davido biography and net worth in 2022: