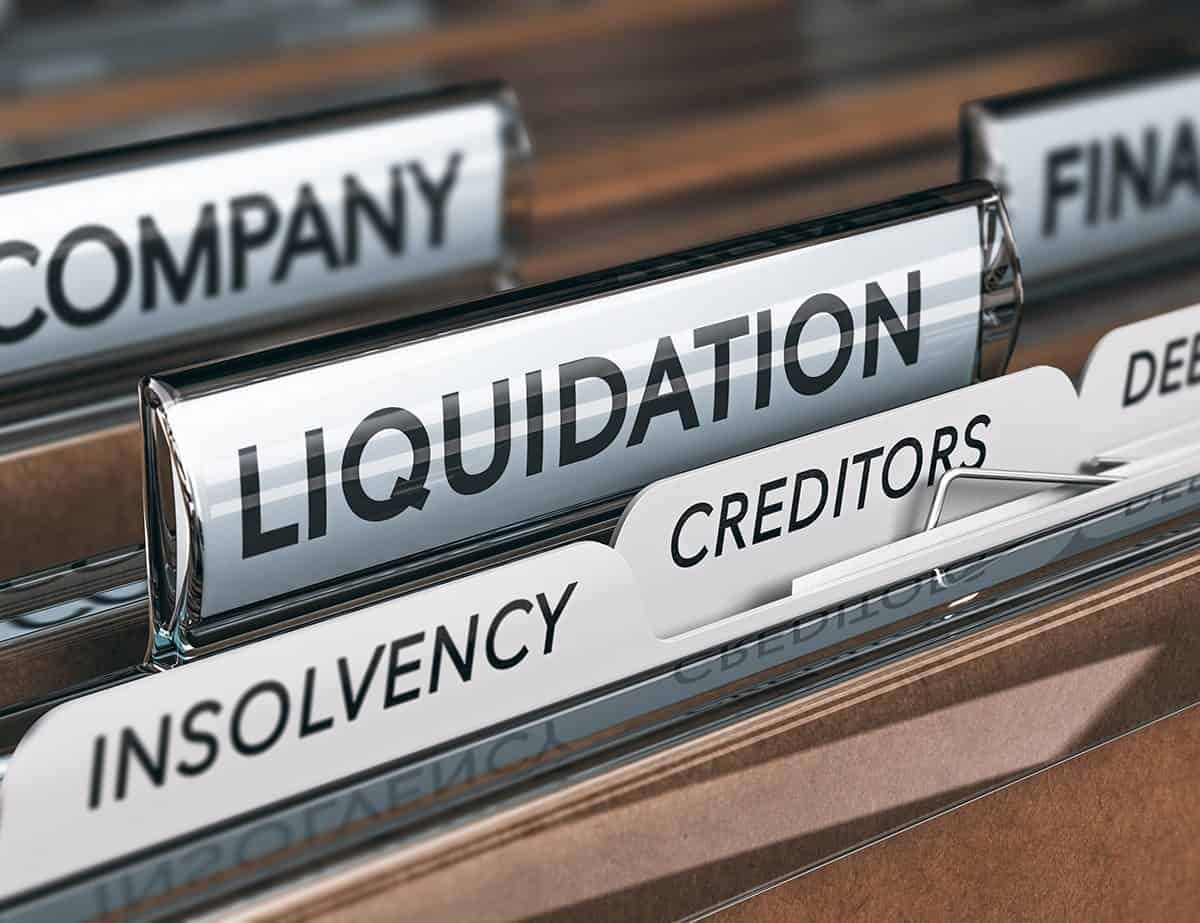 The harsh reality is that the majority of start-ups do not succeed. The economic effects brought about by the COVID-19 pandemic may be felt for a long time yet – on a global scale. Considering this, it cannot be said that the business climate is currently particularly advantageous to a fledgling business which, statistically speaking, was far from a guaranteed success story even before the national lockdown.

Just like you, we hope that your business will defy the odds and succeed. We have written plenty of articles spanning a wide range of topics that may prove helpful and remain available to offer legal assistance in this regard. But what do you do if your business is failing and it can no longer sustain its operations?

Consider this: your business is in financial distress and you have considered all the possible options including business rescue. You have reached the point where the only option is to liquidate the company. What now? What are the legal processes you should follow to efficiently wrap up your business affairs to avoid further unnecessary expenses?

This article will deal with such questions so that you can be aware of the appropriate course of action as well as the possible legal pitfalls when you choose to close up shop due to insolvency.

The test for insolvency:

A company is said to be insolvent in two circumstances:

(1) when its liabilities exceed its assets (what is known as factual insolvency); or

(2) when it cannot pay its debts as and when they fall due (what is known as commercial insolvency).

When your company faces either of these two scenarios, then it means that the company is no longer able to trade and may need to consider insolvency proceedings should all the other available possibilities (for example business rescue) be exhausted.

Another distinction to draw here, and something that will have to be ascertained beforehand due to them being subject to different legislative processes, is whether the (solvent) entity will be undergoing winding-up proceedings on a voluntary or involuntary basis. These will be discussed in turn below. Finally, the deregistration of your company with the Companies and Intellectual Property Commission (“the CIPC“) will also be briefly considered.

Voluntary winding-up of a solvent company is regulated by section 80 of the New Act, prescribing an elective process through the adoption of a special resolution by the shareholders of the company. However, simply passing this resolution will not be enough to wind up the company.

It is only when this resolution is filed with the CIPC (which is to be accompanied by a CoR 40.1 and a filing fee of R250) that the voluntary winding-up process can be said to have begun. The CIPC will then deliver a copy of the resolution to the Master of the High Court. However, before the resolution can even be filed, the company must arrange for satisfactory security of the company’s debts (or obtain consent to dispense with such security) to be lodged with the Master.

One or more of the company’s creditors may also apply to the court for an order to wind up the company on the grounds that business rescue proceedings have been unsuccessful or that it is just and equitable for the company to be wound up.

Exactly when the winding up of a company by means of a court order starts will depend on who requests it. If it is the company itself, then it will be when the application to court is made (as mentioned above, this can be done either directly or by moving from the voluntary process to the court-ordered process). If an application for winding up by means of a court order is brought by a creditor, a director, a shareholder or the CIPC itself, then the process will only begin once the order is granted.

Although the above outlines how the winding-up process starts through either the voluntary or involuntary process, it is also important to know when this all comes to an end – which will be with the deregistration of the entity with the CIPC.

Formally, after the Master of the High Court has filed a winding up certificate with the CIPC, the CIPC has a duty in terms of section 82(2) of the New Act to remove the company’s name from the companies register. What this means is that once its confirmed that the affairs of the company have been completely wound up, the CIPC is obligated to record the dissolution of the company in the prescribed manner and deregister the company forthwith.

It is possible for the CIPC to deregister the company in other circumstances (for example failure to pay annual returns for 2 consecutive years).

This article was originally published by Dommisse Attorney’s Inc