Chris Oyakhilome was born in Edo State, Nigeria on the 7th of December, 1963. His parents are Elder Tim E. and Angelina Oyakhilome. Chris Oyakhilome grew up in Edo State, in a family where the word of God was a living standard. After completing his high school education at Edo College, he went further to study Architecture at Bendel State University (now Ambrose Alli University).

During his stay at the University, Chris Oyakhilome established a student fellowship, Youth For Christ. This group eventually became one of the largest and most popular organizations on the campus. Having grown his ministry to an extent, he started a prayer group which gathered momentum.

CHECK THIS  Burna Boy Biography and Net Worth 2022

In 1987, Chris Oyakhilome founded the Christ Embassy Church. Later on, the organization was renamed LoveWorld Inc. 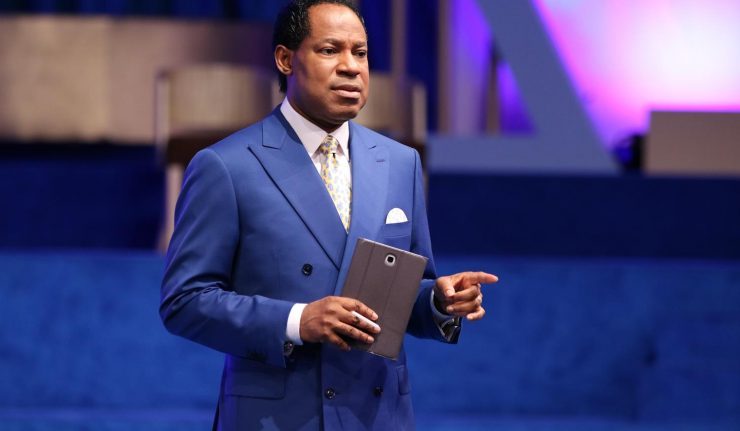 Chris Oyakhilome popularly known as Pastor Chris is the founder and President of LoveWorld Incorporated and Christ Embassy.

The Love World Inc. is a Christian Ministry based in Lagos, Nigeria. It has several branches across the world, and there are over 13 million members of the ministry all over the world. Pastor Chris Oyakhilome has written several editions of his daily devotional Bible, the Rhapsody of Realities and it has been translated into hundreds of languages.

He also founded a Healing Ministry/School (as an integral of his ministry) that is dedicated to helping those “who have no hope”. Some of his healing schools are located in Canada and South Africa. It is true that lives are been touched through this ministry.

Pastor Chris Oyakhilome’s ministry holds meetings in the United States, Ghana, and South Africa. And he was the first to pioneer a Christian-based television network from Africa across the world in 2003. The success of this television ministry has led to the establishment of several television outlets worldwide including LoveWorld USA (with Benny Hinn in 2017). You can find prayer, debates, and music on these wholesome channels.

Chris Oyakhilome also operates an International School of Ministry, which held one of its Ministers’ Network Conferences in 2016 in Johannesburg, South Africa. In attendance were 5,000 ministers from 145 countries.

Part of his online programs includes five editions of the Global Day of Prayer, with Pastor Benny. The 5th edition of the online program took place from the 26th to the 27th of March 2021, and it had people in attendance from all around the world.

In 2011, according to Forbes, Chris Oyakhilome net worth was estimated between $30 million and $50 million.

Chris Oyakhilome under the backing of the Chris Oyakhilome Foundation operates the Inner City Mission Project. This project aims at assisting orphans and poor children in inner cities of several countries in the world. The organisation (Inner City Mission Project) sends relief materials to countries in disastrous conditions working side by side with government parastatals.

CHECK THIS  Who is Richer between Beyoncé and Rihanna? (2022)

Furthermore, the Chris Oyakhilome Foundation is one of the major sponsors of the inner city orphanage homes in Africa, an organisation taking care of mothers and babies around the world.

In 2015, Pastor Chis Oyakhilome was given an honorary doctorate from Ambrose Alli University and Benson Idahosa University.

In 1991, Chris Oyakhilome and Anita Ebhodaghe got married. And while the union lasted, it produced two daughters, Sharon (a gospel artist) and Charlyn Oyakhilome. On the 9th of April 2014, Anita Ebodaghe filed for divorce at the Central Family Court in London. After separation, they agreed to share custody of their children and they finally divorced in February 2016 on the basis of “Unreasonable Behaviour”.

On the 6th of October 2018, Sharon Oyakhilome married Phillip Frimpong, a Ghanian man. Joyfully, on the 29th of April, 2021, Pastor Chris Oyakhilome welcomed his first grandchild, Arielle Rachelle Marise via her parents, Sharon and Phillip.