Lamidi Olayiwola Adeyemi III the late Alaafin of Oyo was born on the 15th of October 1938, to Raji Adeniran Adeyemi, a former Alaafin of Oyo who was deposed and exiled in 1954 for alleged political affiliation.

He began his education at a Quranic School in Iseyin, a city not too far from Oyo town. Thereafter, he went back to Oyo Town where he stayed with the headmaster, of St. Andrews Primary School proceeding thereafter to live with the Alake of Egba, Oba Oladepo Ademola, in his palace.

His education met a temporal end after his father, Oba Ademola was forced to abdicate his throne to live in exile at Osogbo due to the 1947-48 demonstration of Egba women against “Tax without representation” led by Mrs Funmilayo Ransome Kuti.

In 1948, his father sent for him to live with Sir Kofoworola Adebayo Abayomi in Keffi, Ikoyi, Lagos. While in Keffi, he attended Obalende Modern School, He later attended Tinubu Methodist School.

He left St. Gregory’s College with very good grades and had chosen to study Law, however, his quest for Law was halted as his father was deposed as the Alaafin on the 14th of February 1946.

One of his numerous articles was entitled” I SHALL BE GREAT” in 1968 and a year later, he wrote yet another one: “I shall be the next Alaafin”. He wrote critiques of how the Nigerian teachers were treated, having been inspired by the state in which he saw one of his old teachers in a tattered shirt and tie. He wrote yet another entitled. “Women Liberation: A misnomer in Yoruba land”.

Shortly after his stay at the Royal Exchange Assurance, he was promoted to the 14 Floor into the specialist area of obligatory Facultative Insurance and Internal memo drafting.

He began to earn lots of money but his father gave strict instruction that he must invest every penny that came his way, therefore, venturing into business buying wrecked cars to repair and resell.

The Alaafin’s Ascension to the Throne 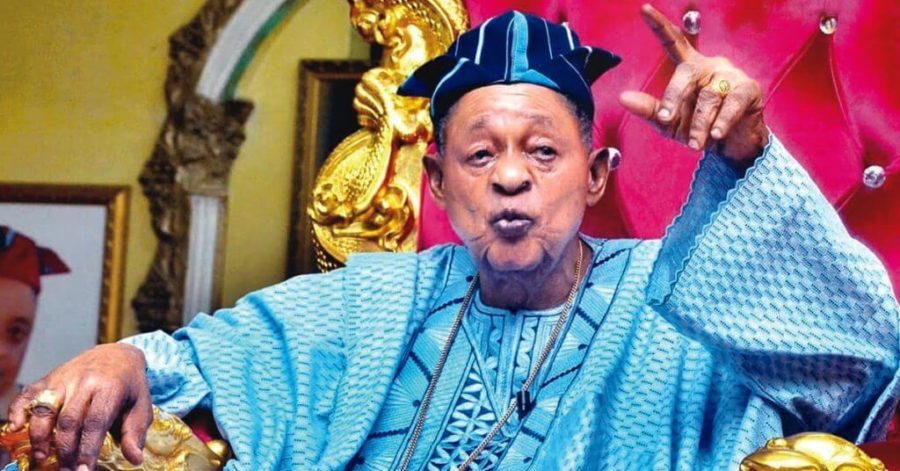 The Biography of the Alaafin of Oyo can not be complete without a peek at the events that led to his ascension to the throne.

As the usual practice in the selection of the new Alaafin, after the death of Alaafin Bello Gbadegesin, the Oyomesi contacted Oranlola (Baba Iwo) of Alowolodu to become the Alaafin.

He then called for a meeting within the royal family. He informed them of his meeting with Oyomesi and that he suggested his son, Sanda ‘Ladepo.

CHECK THIS  Desmond Elliot Net Worth and Biography

The contention for the throne of the Alaafin became more intense to the extent that some of the princes from the larger royal families in Oyo became contenders. Among these were Aremo Sanni Gbadegesin, Prince Olanite Ajagba, Prince Afonja Ilaka, and Prince Sanda ‘Ladepo Oranlola.

Lamidi Adeyemi was chosen by the kingmakers on November 18, 1970, and then moved into the palace after completing the necessary rites under the tutelage of the Oyomesi.

In the process, he was inducted into the mysteries of various gods like the Ifa mysteries, and the Sango mysteries. He was also made to undergo these inductions in order to be the direct representative of these deities on earth.

An impressive ceremony was held at the Durbar Stadium, Oyo town, to coronate Lamidi Adeyemi III  as the Alaafin of Oyo. He was presented with the staff of office as the Alaafin of Oyo by the then military Governor of the Western State, Colonel (now retired General) Adeyinka Adebayo.

The Alaafin is married to 13 wives which include Ayaba Abibat Adeyemi, his senior wife, with whom he attends most events.

Alaafin’s Contribution to Yorubaland and Nigeria. 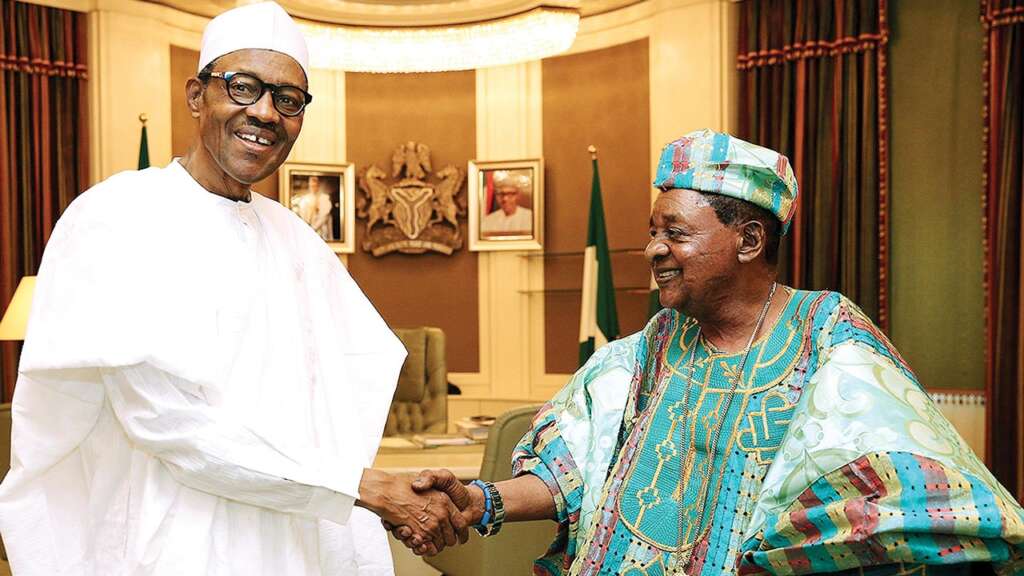 Concluding this biography of the Alaafin of Oyo is a peek into his contribution to the development of Yorubaland and the entire country at large. As one of the paramount foremost traditional rulers in Yoruba land,  The Alaafin used his position to better the lots of many Obas, lifting many non-crown wearing Obas to the status of beaded crown wearers and consistently fighting for the improvement of their (the Obas’) welfare at all times.

CHECK THIS  Top 10 Most Powerful People In The World

In 1975 the head of state General Murtala Ramat Muhammed included the Alaafin in his entourage to the hajj. He was also honoured with the national honour of CFR at the National Theatre, Iganmu, Lagos, in 1979.

In 1980, the Federal Government appointed Kabiyesi Alaafin Lamidi Adeyemi III as the pioneering Chancellor of the newly established University of Sokoto, now Uthman Dan Fodio University, Sokoto, for a first four-year tenure. At the expiration of that first tenure, the senate and council of the University recommended him for another term. The president and visitor to the university graciously approved the request, thus he was appointed for a second term. And at the expiration of the second term, in an unprecedented manner, has was appointed for yet another term, the third term, thus giving him a total of 12 years as the Chancellor of the university.

In January 1988,  The Alaafin installed Chief MKO Abiola as the Aare Ona Kankanfo in recognition of Abiola’s contributions to the social, economic, cultural, and political development of Yoruba land and Nigeria at large.

In 1990 the Federal Government under the administration of General Ibrahim Babangida, appointed the Alaafin as the Amiru Hajj operation to lead the Muslim faithful in the 21 states of the federation in recognition of his commitment to the consolidation of Islam in Nigeria.