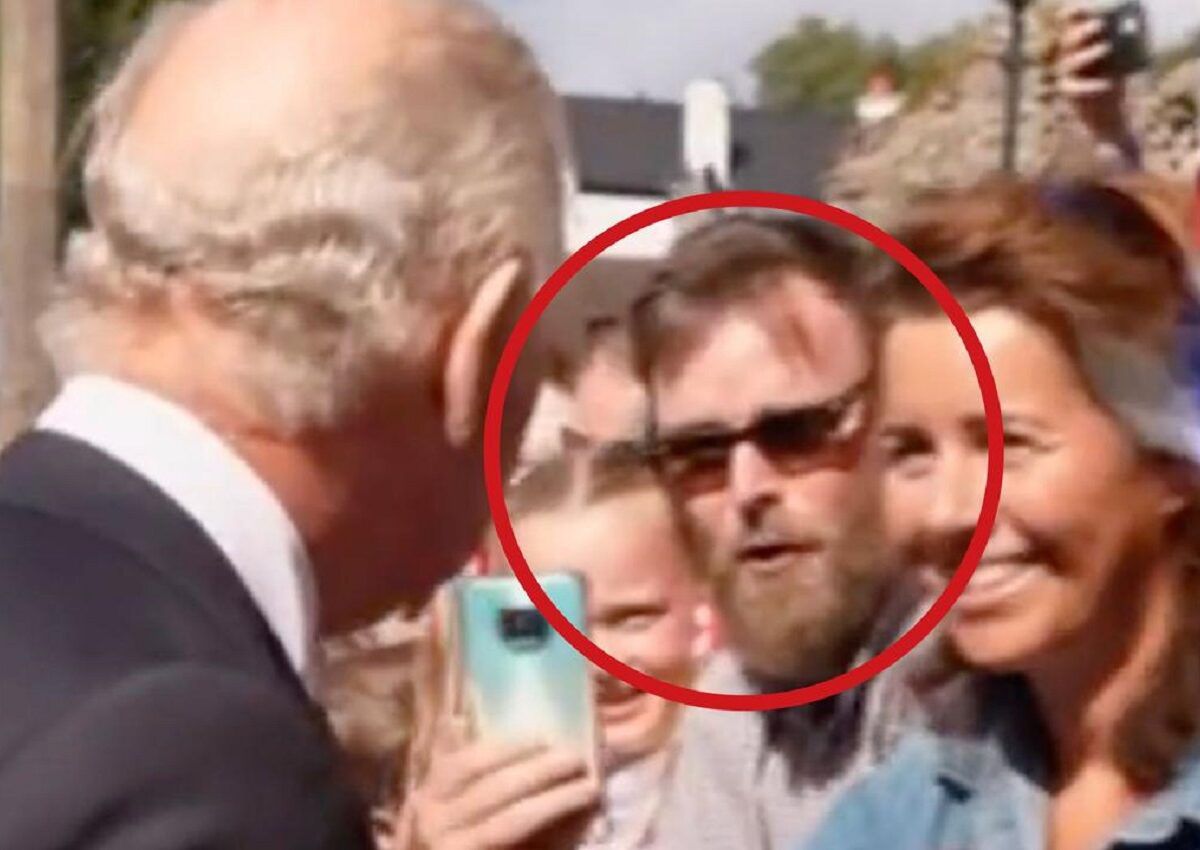 King Charles has received an outpouring of praise and support after he ascended the throne following his mother Queen Elizabeth II’s death last week.

But the new monarch has also had his share of criticism too. Whilst greeting fans this week, King Charles was confronted by a man who lamented the royals for spending taxpayer money.

Like another heckler who publicly ridiculed Prince Andrew in public, a man in the crowd ambushed the monarch over his financial concerns.

Greeting royal fans in a crowd gathered in Cardiff on Friday, King Charles was beckoned over by a man who yelled his name.

Speaking directly to the royal, the man shouted: “While we struggle to heat our homes we have to pay for your parade. The taxpayer pays £100 million for you, what for?”.

The awkward situation saw the royal’s bodyguard block the man off from the royal’s view. In the clip that went viral on social media,  Charles is seen seemingly snubbing the man, whilst responding: “Sure”.

“While we struggle to heat our homes, we have to pay for your parade…”

Charles confronted by a member of the public about the cost of living crisis pic.twitter.com/yl19KjTBKc

And tweeps had mixed views over the man’s address. Some felt that the timing was off for the royal who was mourning the death of his mother. Others lambasted King Charles for his “condescending” reaction.

@DannyCypher1: “Classy thing to say to someone ahead of their mum’s funeral”

@nightgargoyle1: “His response was one of absolute contempt”

@swjk89: “Turning away and groaning as if this member of the public were another leaky pen”

@SgtBilko25: “The man has just lost his mother. Have we really lost that much decorum?”

Outspoken media personality Piers Morgan also reacted to the clip, chastising the man for putting King Charles on the spot amid his family bereavement.

He tweeted: “Imagine doing this to a man whose mother died a few days ago? So disgusting.”

Imagine doing this to a man whose mother died a few days ago? So disgusting. https://t.co/4ph8u7gxOG

But despite this awkward encounter with a member of the public, King Charles has had previously pleasant ones.

In a resurfaced video from July, Charles – then a prince – is seen reacting in amusement to a man’s invitation to go for a beer together.

This week, Charles was also seen casually fist-bumping one royal fan. In another, he graciously accepts a gift of a pen from another following that leaky pen viral video.

“Just in case”, the fan quipped.