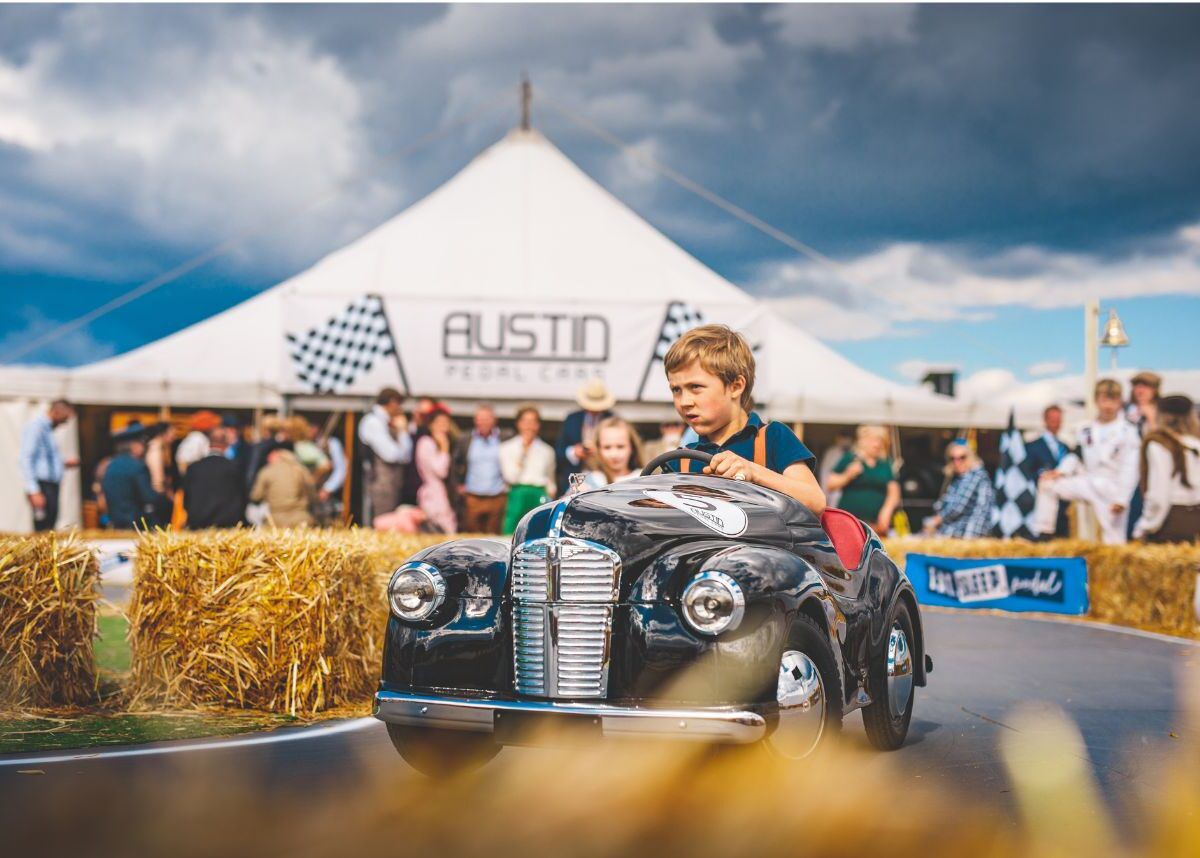 Salisbury: 23rd September 2022: Austin Pedal Cars, formerly the J40 Motor Company, is the only dedicated Austin J40 pedal car sales, service, restoration, and community specialist in the world, and now holds the Austin trademark allowing for an official range of Austin pedal cars, spares, and accessories to be produced.

The Austin Pedal Cars name was unveiled at the 2022 Goodwood Revival as part of a major activation which included a J40 racetrack, a selection of important historical Austin Pedal Cars, a number of classic J40 cars for sale and the latest Austin Pedal Cars J40 Continuation prototype. A range of in-house manufactured parts on display also provided an insight into a forthcoming range of J40 upgrades, more details of which will be announced soon.

The Austin Pedal Cars were a highlight of the event

The J40 racetrack was fully-booked all weekend with young racers keen for their first taste of driving. Children aged 4-10 were able to pedal themselves around the track, whilst those a little younger could get a helping push from their parents or pose for photos in a J40 situated alongside the track. The track was designed over many months to ensure it provided the right layout for children to fully experience the capabilities of the classic J40 pedal car, whilst also allowing room to overtake, creating some exciting racing and many a budding racing driver.

CHECK THIS  Man covered with thousands of bees [viral video]

Crowds of onlookers lined the track to watch the spectacle, bettered only by the two Settrington Cup J40 races taking place on the Goodwood Motor Circuit to celebrate 10-years of J40 racing at the Goodwood Revival.

Austin Pedal Cars Managing Director, Mark Burnett, said “Owning, or simply driving, an Austin J40 encourages a new generation of classic vehicle enthusiasts. Many owners restore their cars with their children, allowing families to learn about car maintenance together. Racing a J40 introduces the thrill of motorsport and competitive driving and simply owning an Austin pedal car encourages children to take pride in their vehicle and allows them to enjoy the freedom a car provides.”

More details on the Austin Pedal Cars J40 Continuation prototype will be released soon along with a full range of upgraded parts.

Stand to win a Formula 1 trip of a lifetime and up to R300,000 with Betway. Predict the result of each Grand Prix in our 4 To Flag promotion. Add your predictions to a betslip and enter our end-of-season draw. You could be jetting off to watch F1 live.

For more interesting motoring event news, click here and let us know in the comments if you like these stories.